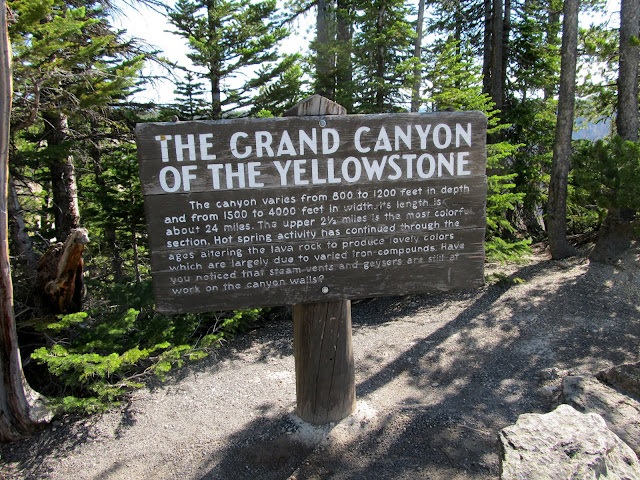 No trip to Yellowstone is complete with out a visit to the Grand Canyon of the Yellowstone and the two major waterfalls. 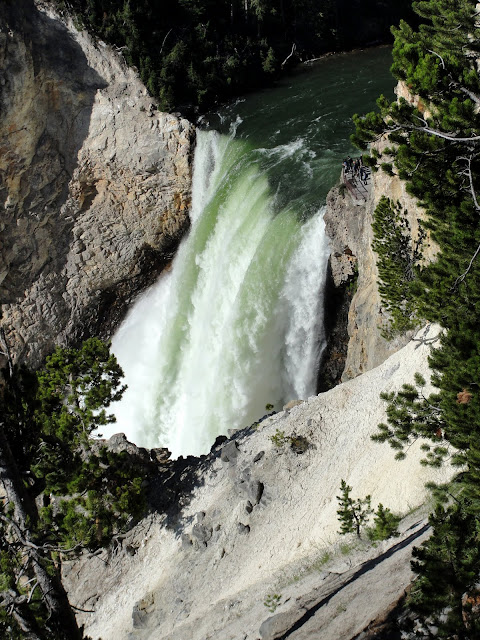 The above photo was taken from the brink of the Upper Falls, which drops 109 feet into the canyon below. 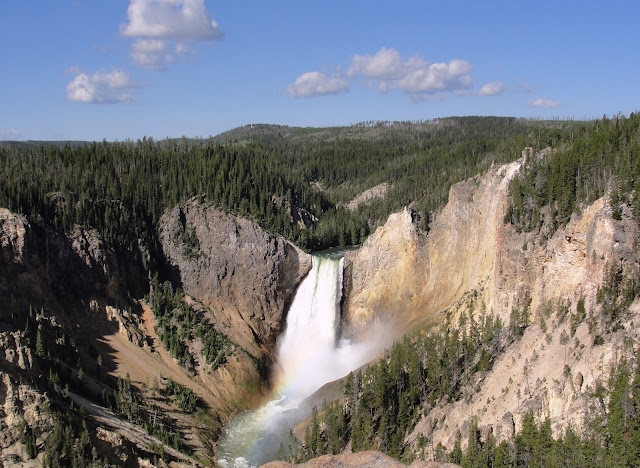 And here is the Lower Falls from one of the many viewpoints.  It drops 308 feet into the canyon. The canyon walls were formed from lava flows during the area's active volcanic period.  Yellowstone received its name from the yellowish color of the canyon walls.  Most of the yellow color is due to iron in the rhyolite, a volcanic rock. 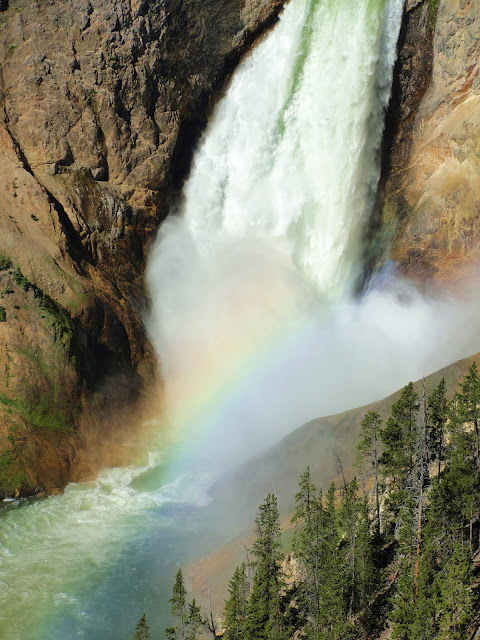 When the light shone on the water just right, we saw a rainbow. 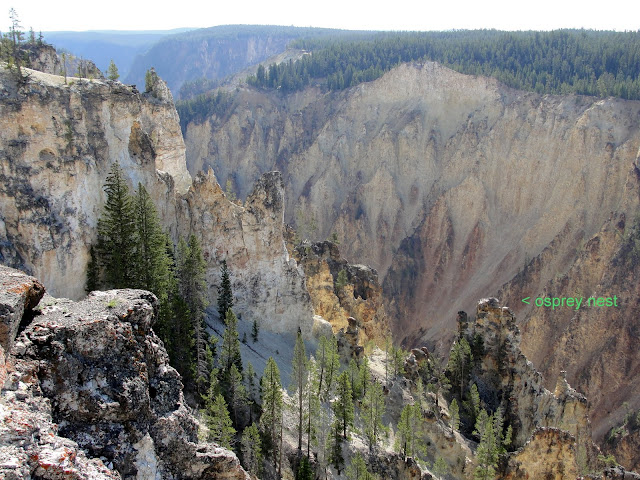 From the waterfall viewpoint, looking downstream, we saw an osprey nest located on one of the pinnacles in the canyon.  I've marked the location in the above photo. 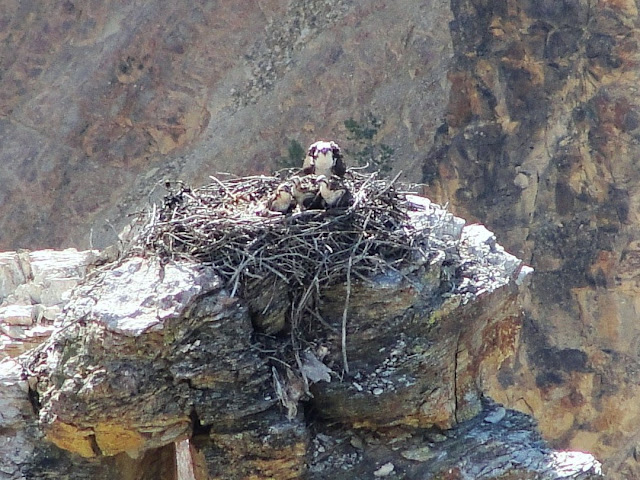 The adult and 3 chicks showed off for the tourists, occasionally flapping their wings for exercise. 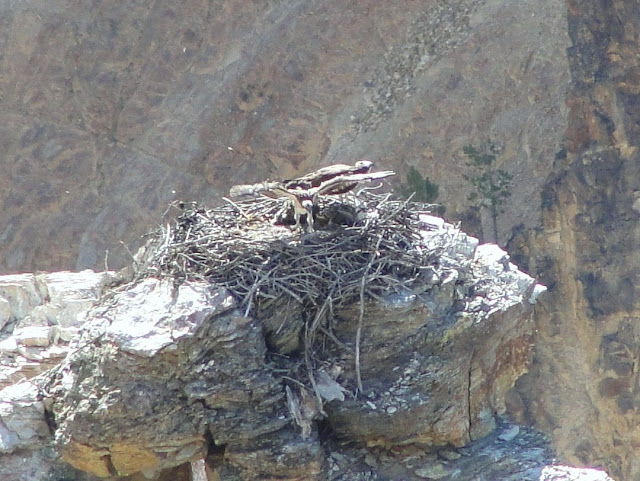 They called out as another osprey soared through the canyon.  We assumed it was the other parent hunting for a fish meal.  While we watched, the second parent landed in the nest,  then quickly flew away.  Our view wasn't good enough to see if he left a fish, but the crew seemed to be eating after that, so we assume the hunt was successful.
Posted by Janie at Sunday, August 07, 2011