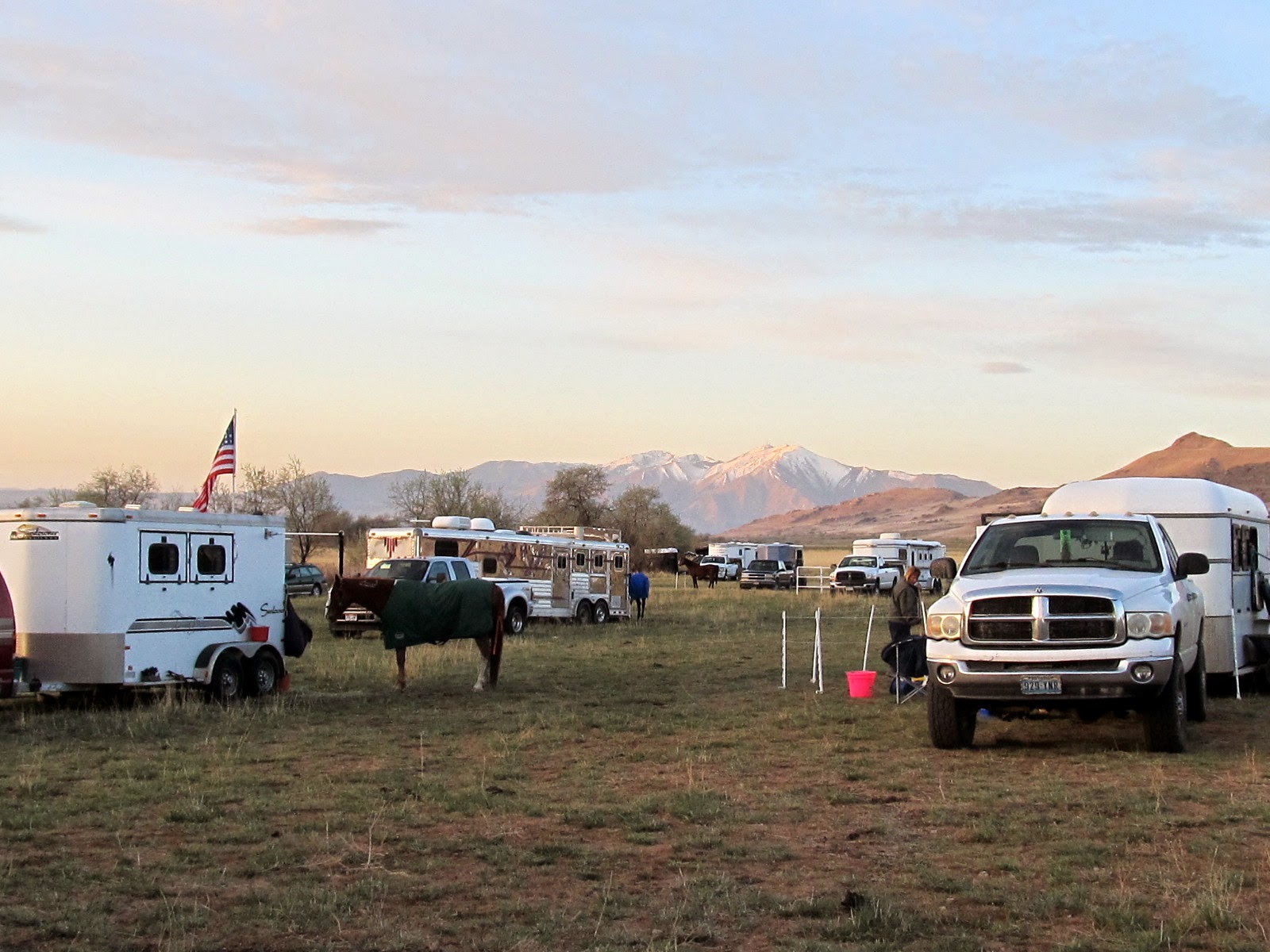 We arrived on Thursday for a the Antelope Island 55 endurance mile event on Friday morning.  Ride camp was already a busy place, with 30 to 40 trailers parked near the Garr Ranch. 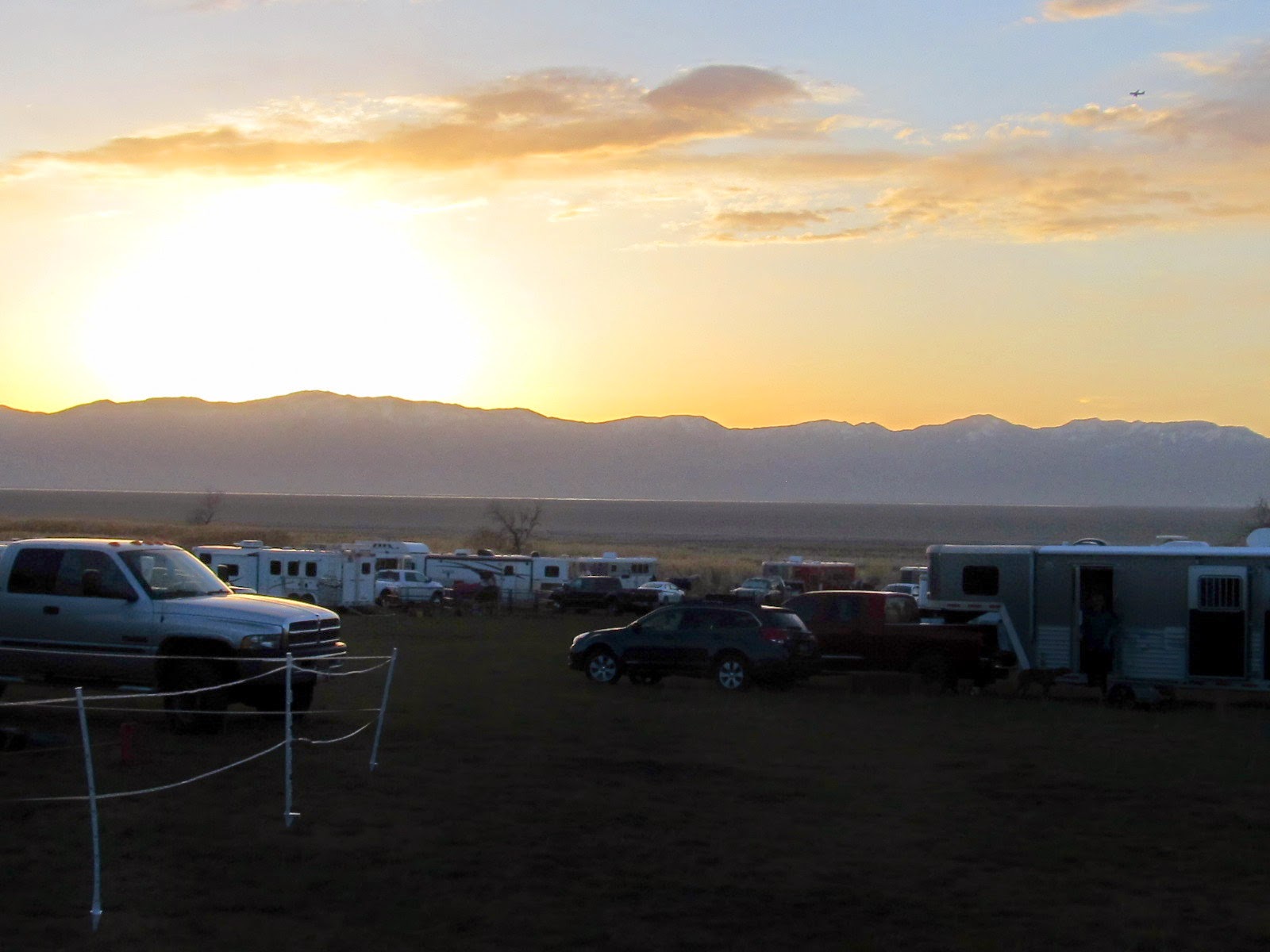 By the next morning, the count was at least 50 trailers.  Over 40 riders were signed up for the 55 mile ride, and probably about as many for the 30 mile. 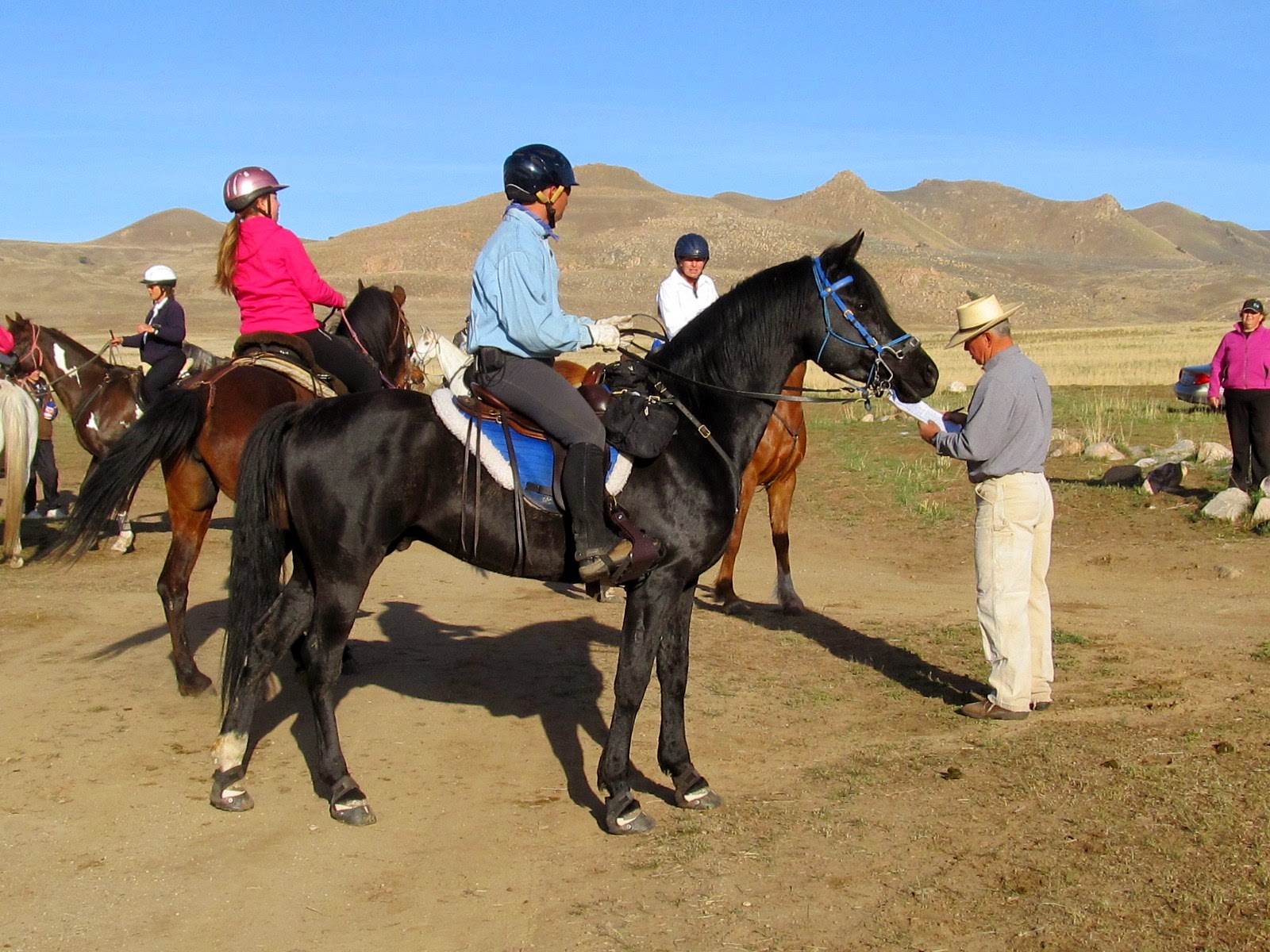 This black stallion caught our eye.  He was a beauty and reminded me of Walter Farley's Black Stallion series, which I read numerous times as a child. 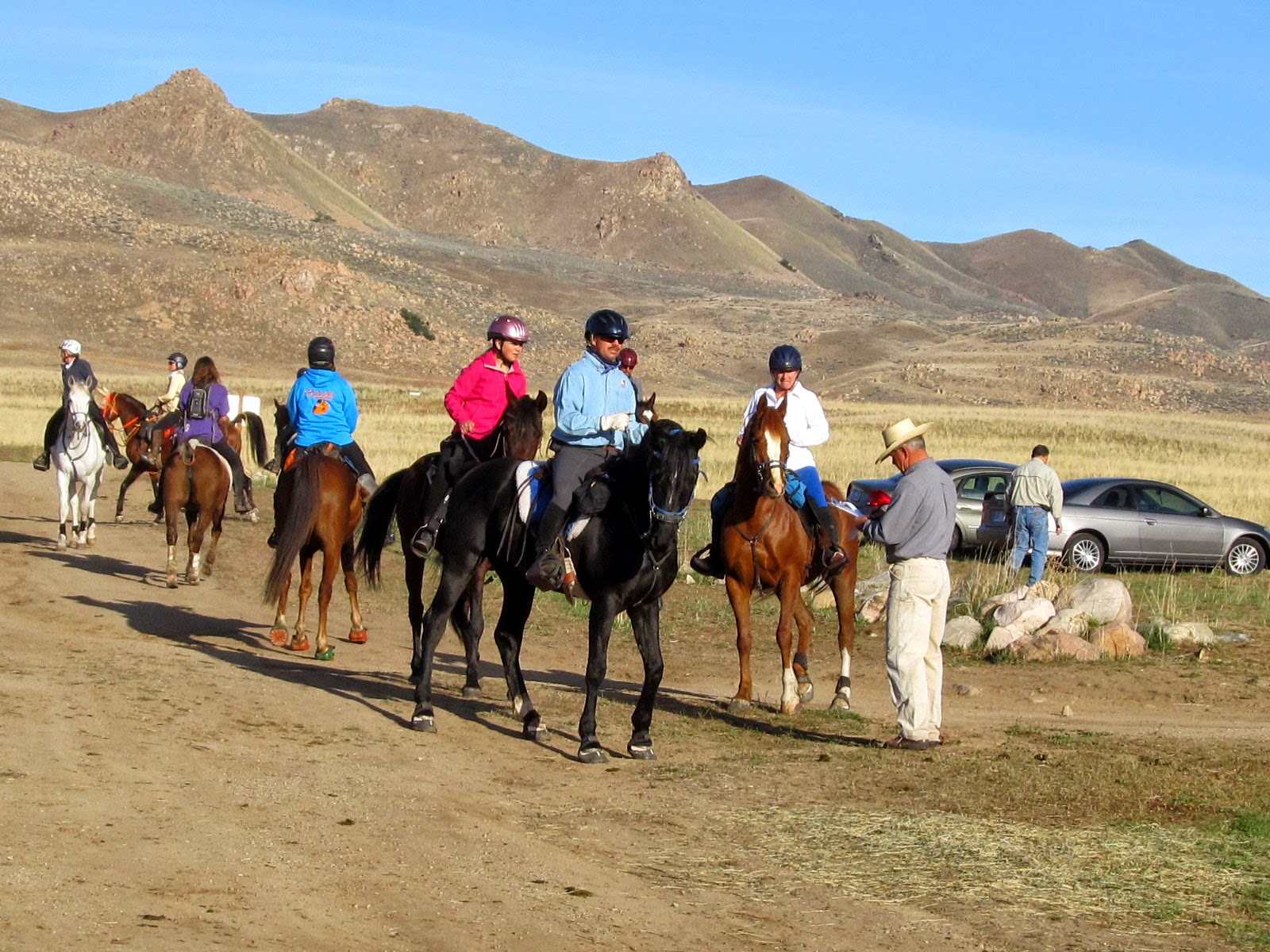 The ride manager checked off the riders. Horses milled about, whinnying and dancing. 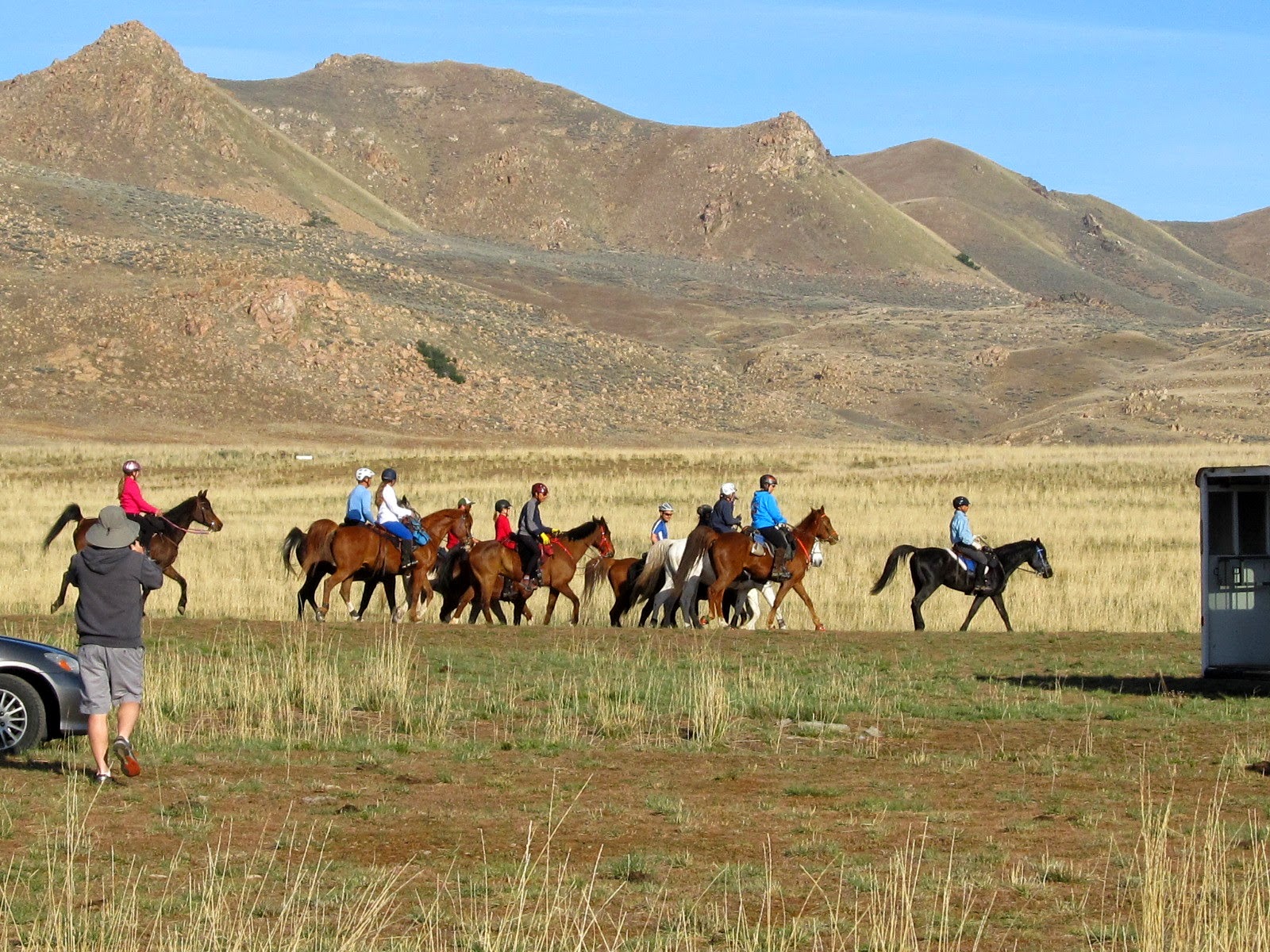 And they're off.  The black stallion led us out for a "controlled start."  Control is relative at one of these events, since all the horses know they're out for an adventure, and they're eager to get going.  Every horse there would take off at a gallop if it were up to them. 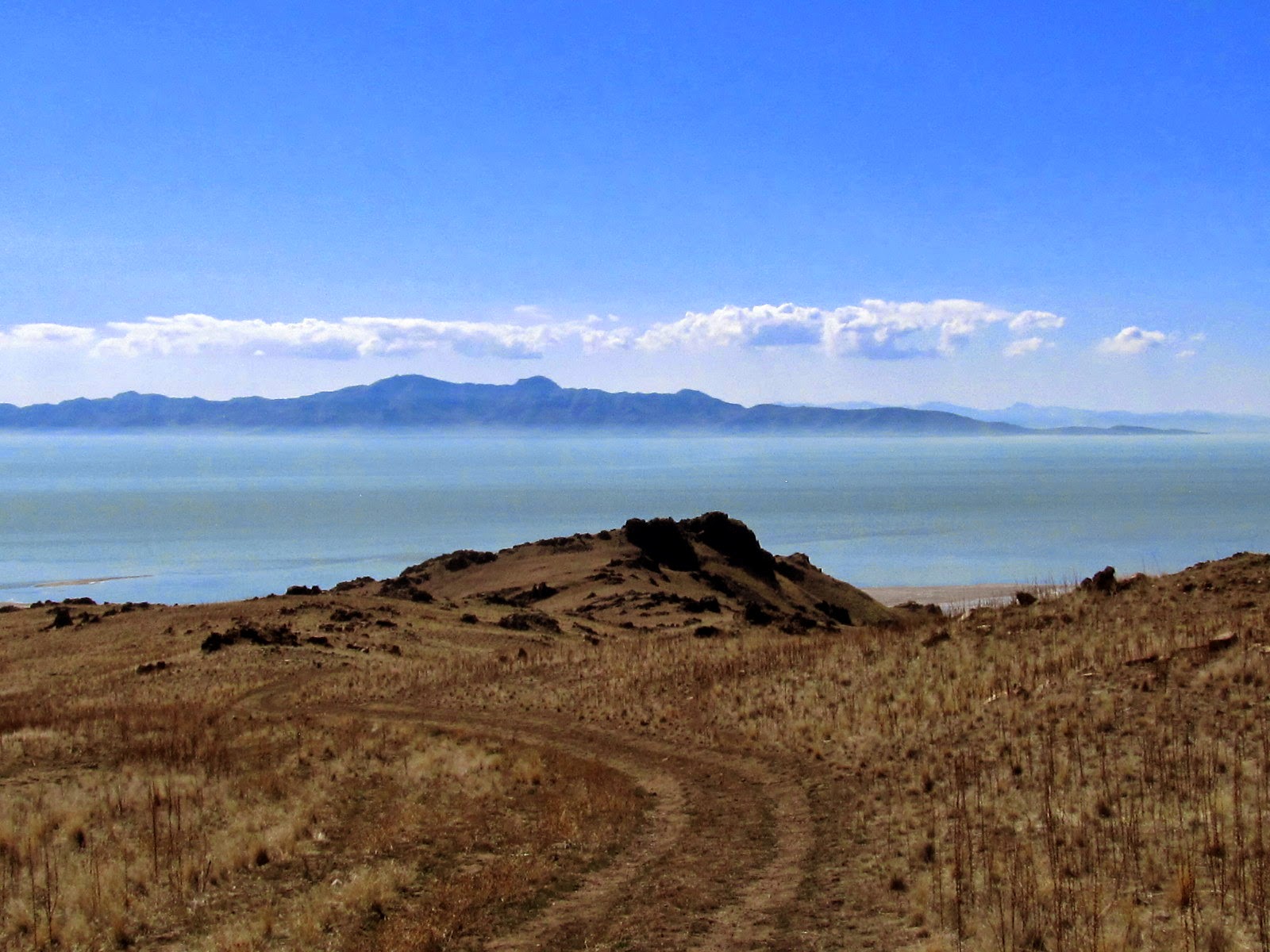 The scenery was beautiful.  We rode across the island on a trail that isn't usually open this time of year because of bison calving.  Island management decided to make an exception for the endurance ride.  Hopefully we didn't cause any undue problems. 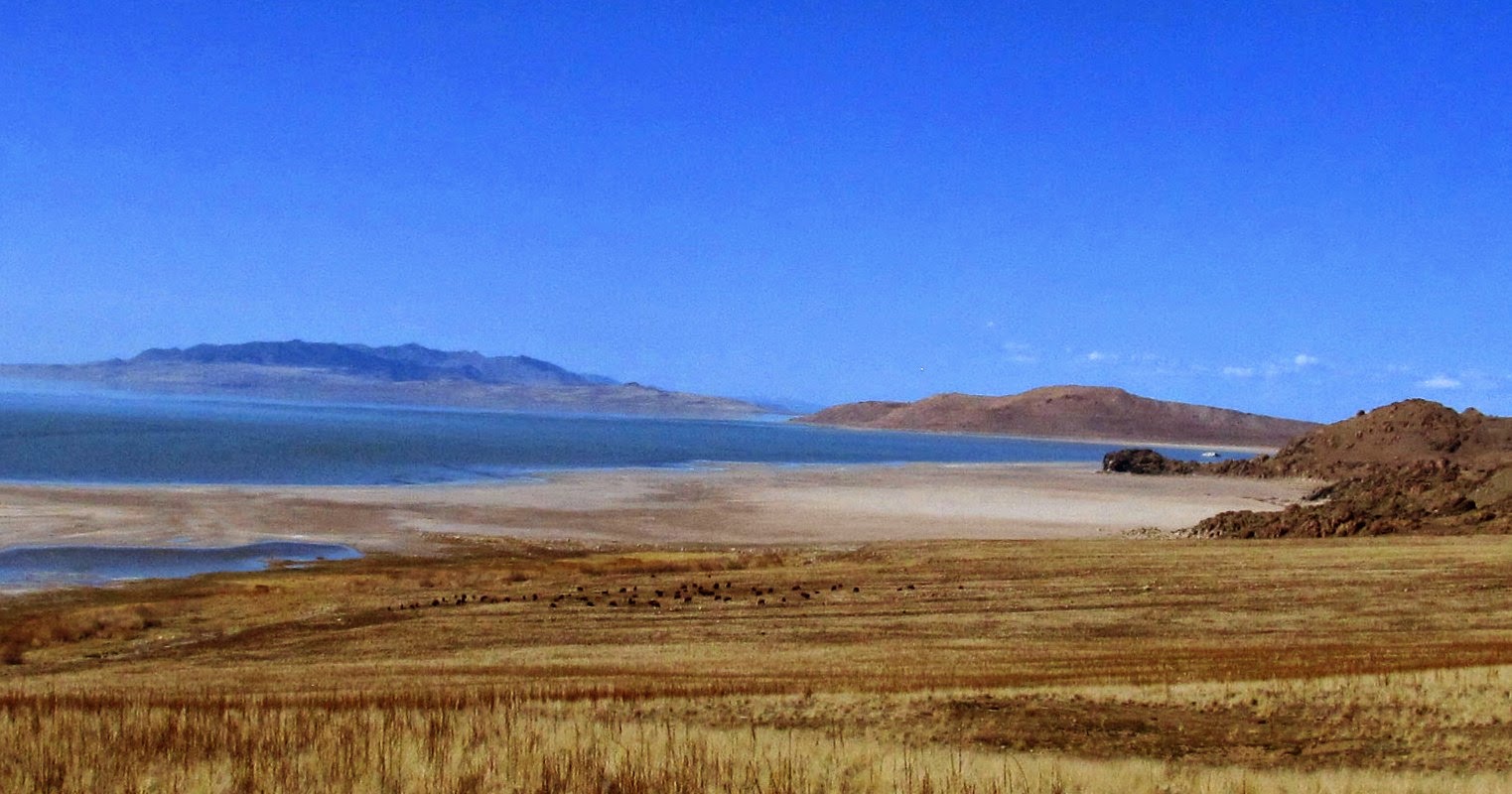 A bison herd grazed along the shore on the west side of the island.  They seemed unperturbed by our presence, if they even noticed.  In a few places, we left the trail to go around groups of bison.  Many of the cows already had calves at their sides.  We also saw antelope, deer, and one lonely coyote trotting along the beach.  Chukkar and meadowlarks are abundant, as well as plenty of seabirds.  As we headed for the homestretch, the sun was getting low and gulls were flying and shrieking above us.  By that time, we were getting a bit fatigued, but we could still appreciate the beautiful scene. 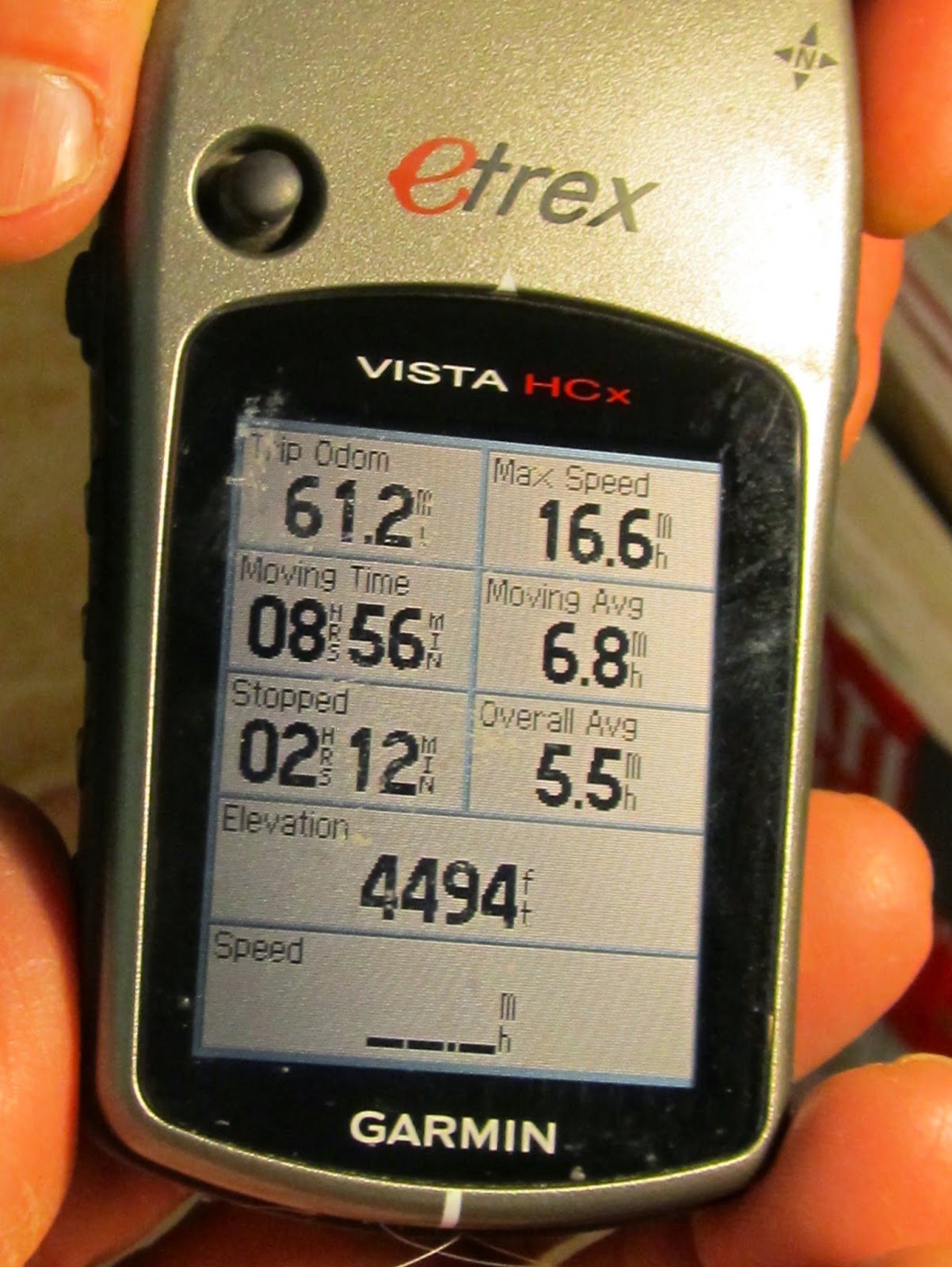 We clocked in at 7PM, having traveled a little over 60 miles, with 4500 feet of elevation gain and loss. We arrived about the middle of the pack.  Riders continued to trickle in for the next couple of hours. 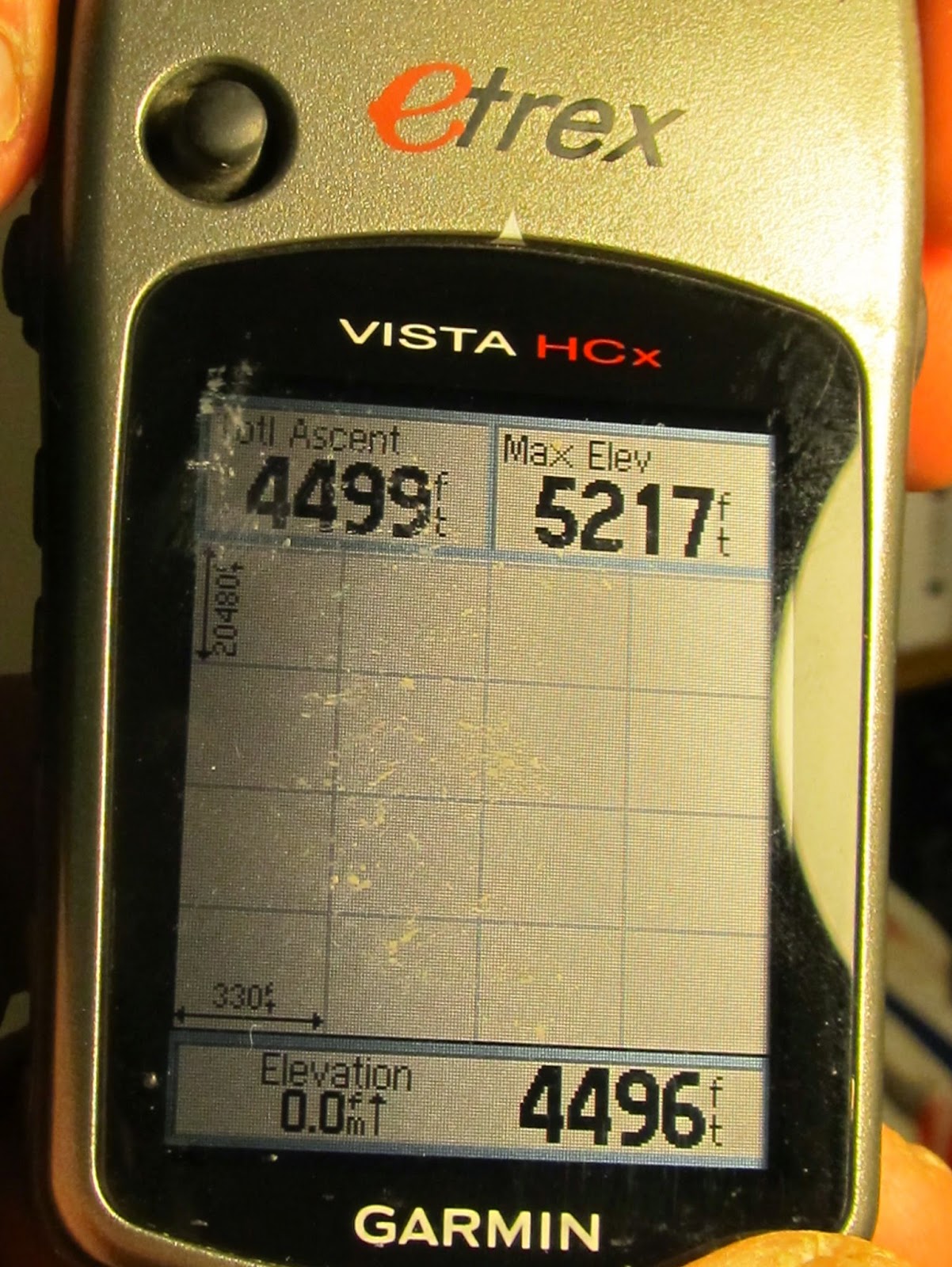 It was quite a day.  The horses looked good and the vet gave them a thumbs up. All was well - another fine (albeit very long) day in the saddle.
Posted by Janie at Sunday, April 12, 2015 15 comments: