Thunder Mountain is a popular bike and horseback riding trail in Red Canyon. 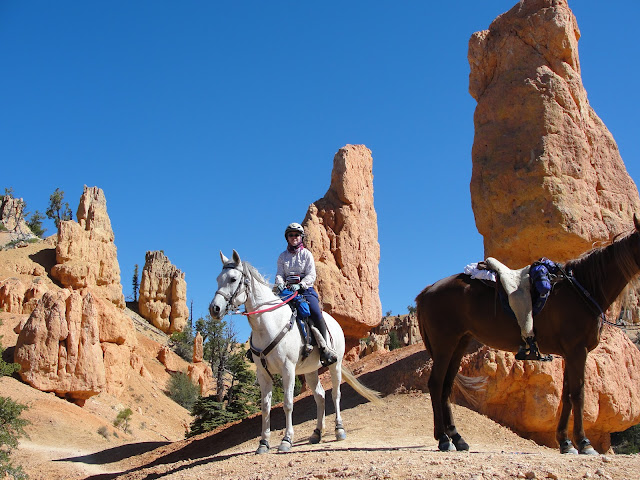 It has many beautiful red-orange rock formation, 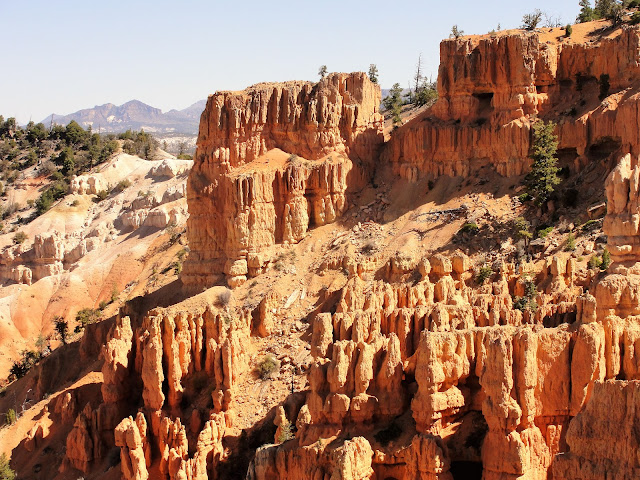 and pinnacles similar to those found in Bryce Canyon National Park.
Although it's dry land with relatively sparse vegetation, a lot of tree varieties grow there.
Besides limber and bristlecone pines that grow on dry, windy passes at about 8000 feet, there are also Ponderosa and pinyon pine. 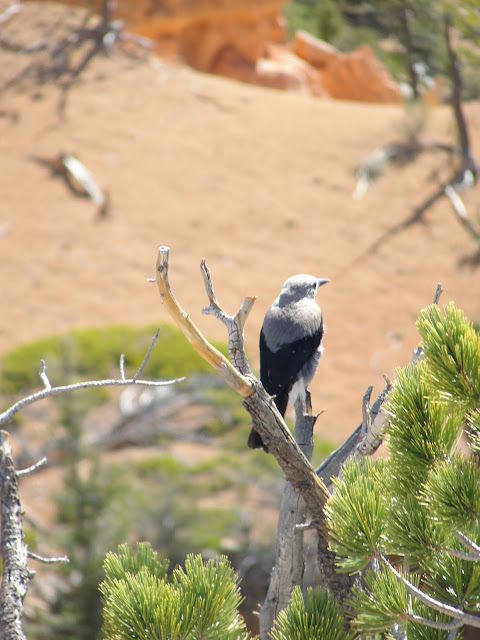 This Gray Jay, also known as a Camp Robber Jay, is resting on a limber pine in a high pass.  These birds are known for hovering around camps, looking for crumbs, sometimes snatching them right out of a person's hand. 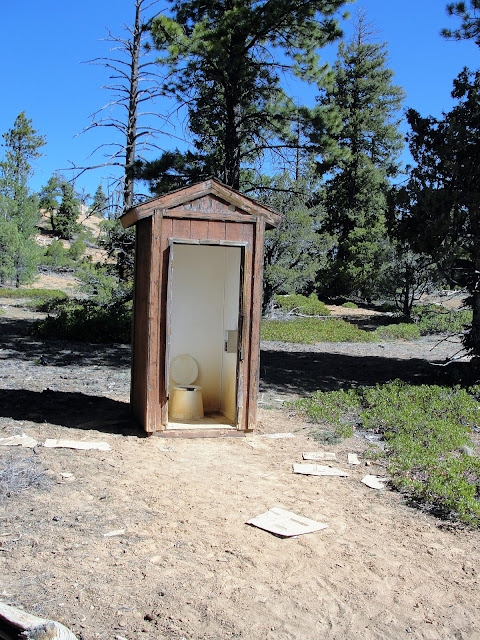 In a spot with hitching rails, designed for riders to take a break, we found this tourist outhouse.  The lack of door seems a bit inconvenient. 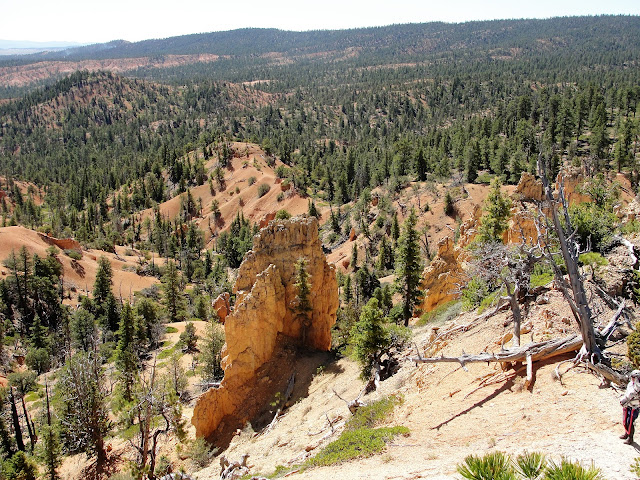 The great views made our 9 mile round trip well worth the effort. 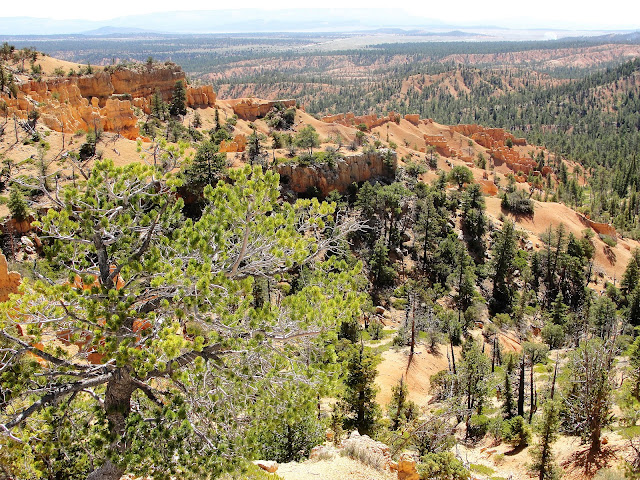 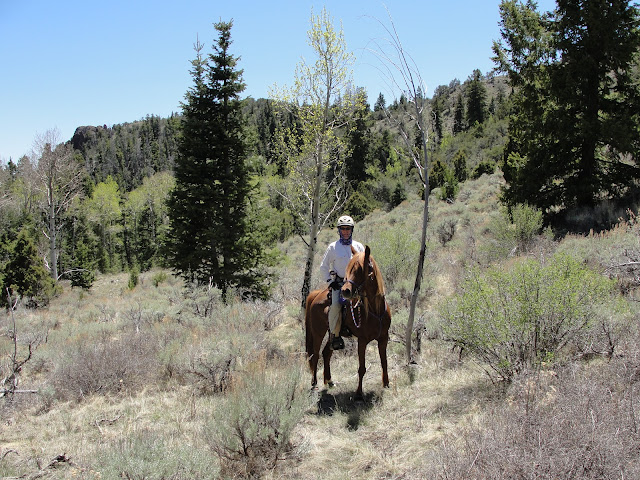 In mid-May, we made a 2 day trip down to Red Canyon, near Bryce Canyon National Park, just in time to see new leaves on the aspens.
Steve had a new trail mapped out.  It was clear on the topo maps, but mostly hidden by trees on Google Earth, so we weren't sure how it would go.  Much of the trail was invisible, but as long as the forest undergrowth was clear, we were able to go in the right direction. 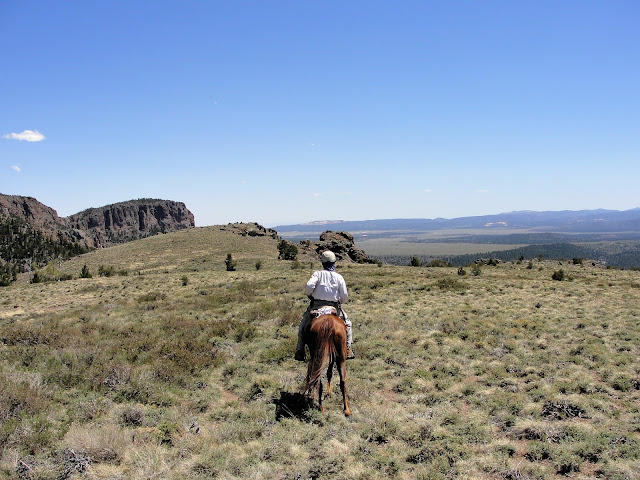 We finally climbed above the forest and reached a plateau. 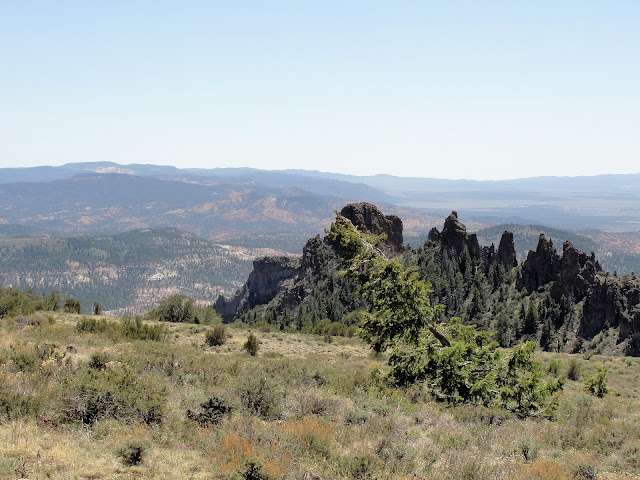 Up high, the few trees grew sideways, a sign of a persistent wind.  From the plateau we headed toward Casto Butte, then found a forest trail traveling around it and down the other side.
There were a few obstacles that required some workarounds. 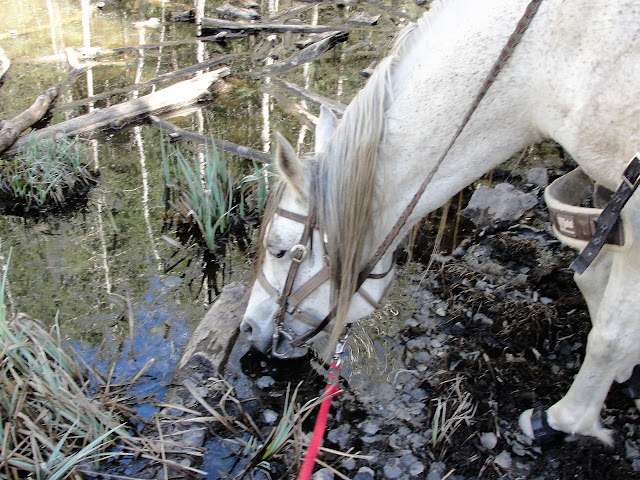 The horses were glad to reach Judd Spring for a cool drink. 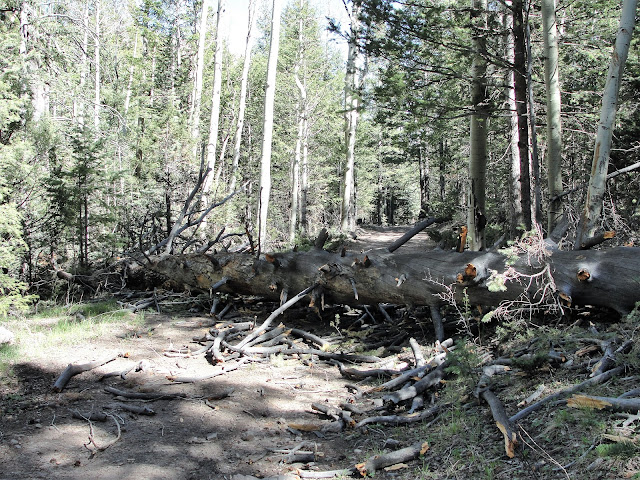 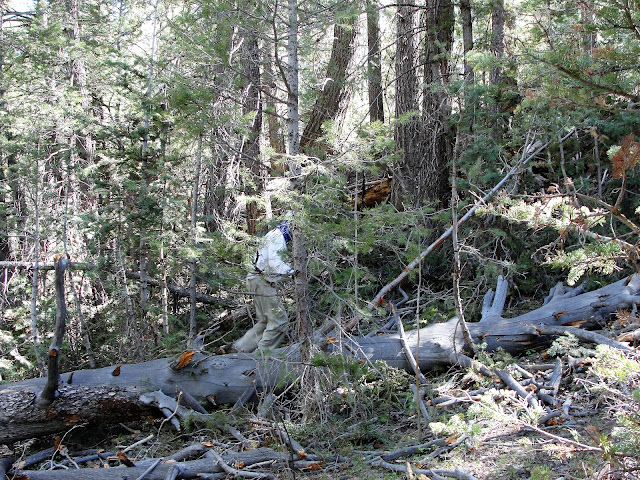 We encountered a few spots where the trail was blocked, but we were able to find a way around. 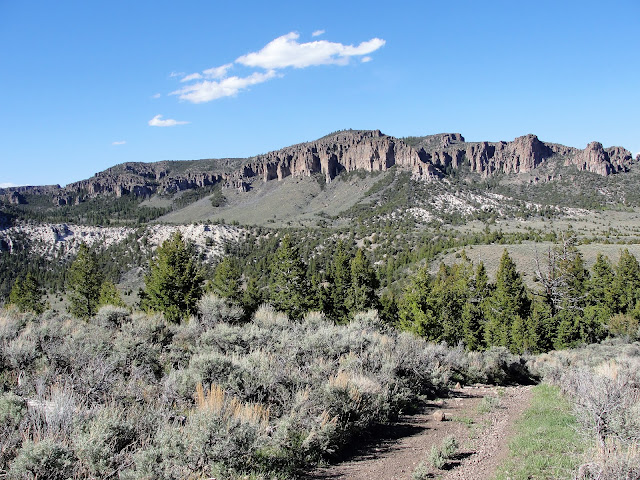 Looking back after passing all the timber and reaching a civilized two-track, we could see Casto Butte in the distance.  We had traveled up one side, around it, and down the other side for about a 20 mile ride.
Posted by Janie at Monday, May 28, 2018 4 comments: