Wildlife on the Green 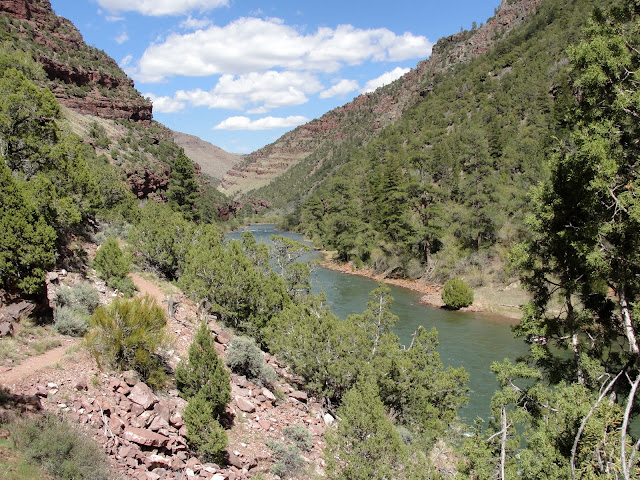 Wildlife is abundant along the Green River below Flaming Gorge Dam. 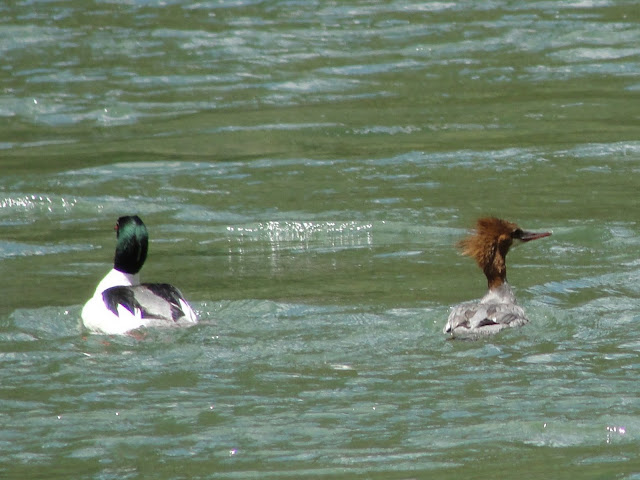 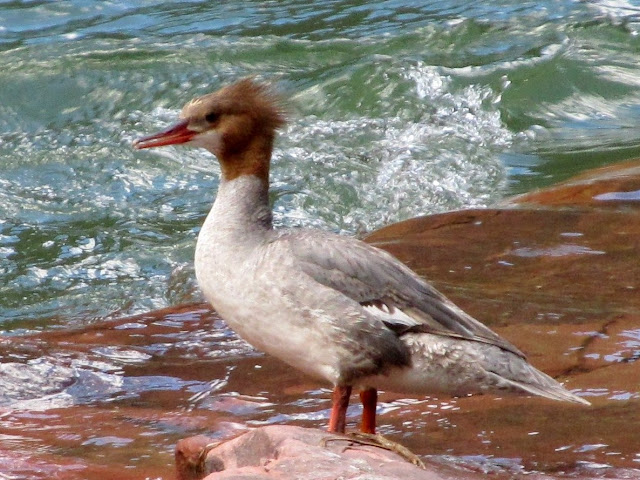 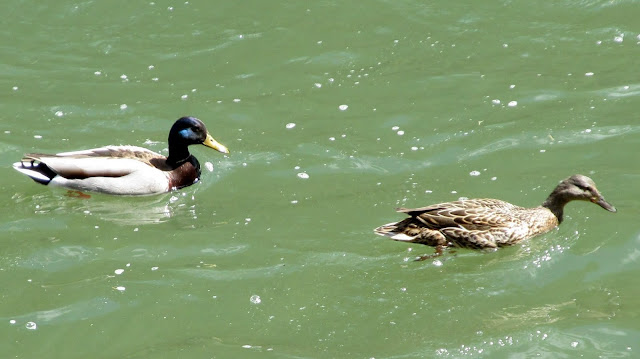 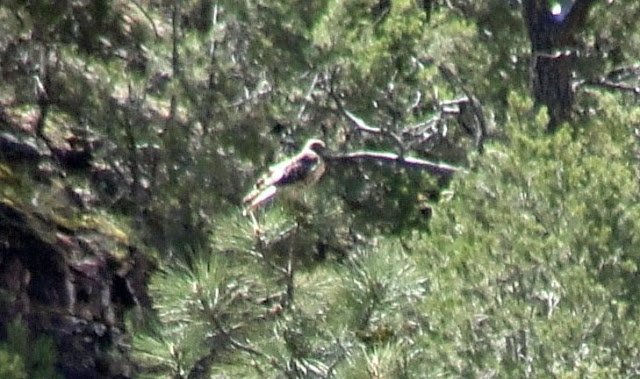 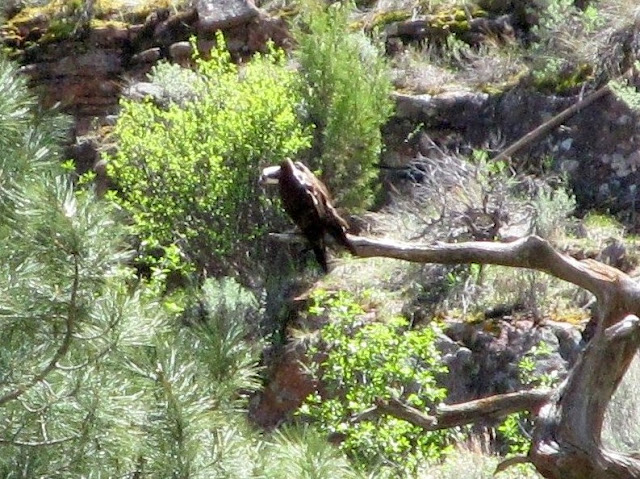 An osprey perched across the river. He was not an overly cooperative subject.  In the second photo, his wings are raised.  He's about to fly away.  He swooped across the river several times.  On one pass, he snatched a 10 inch trout. Too bad we weren't quick enough to get a picture of him lifting off with his dinner. 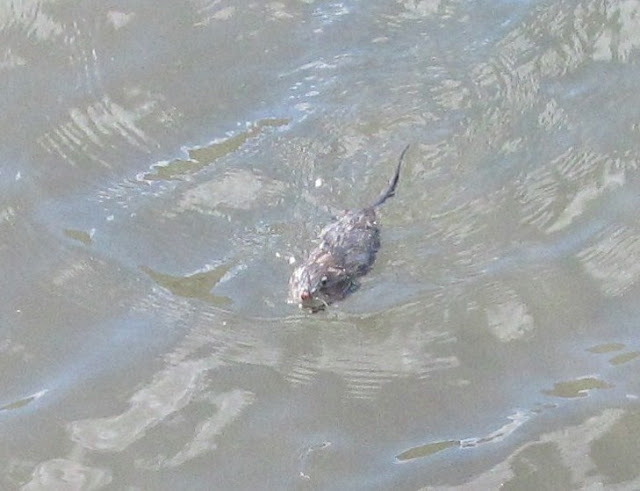 This rodent was about the size of a rat.  Muskrat?  Maybe.  It's a good swimmer! 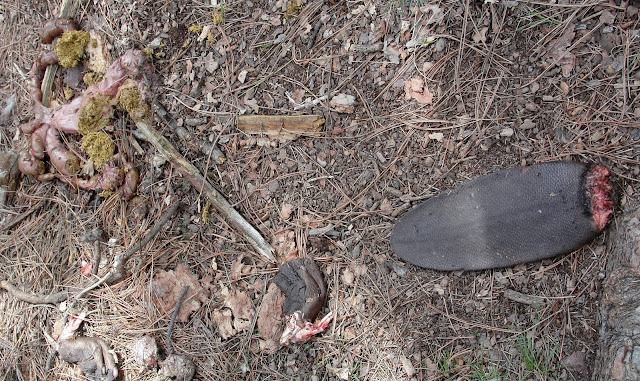 We came across a strange sight in the middle of the trail.  Someone or something had killed a beaver. 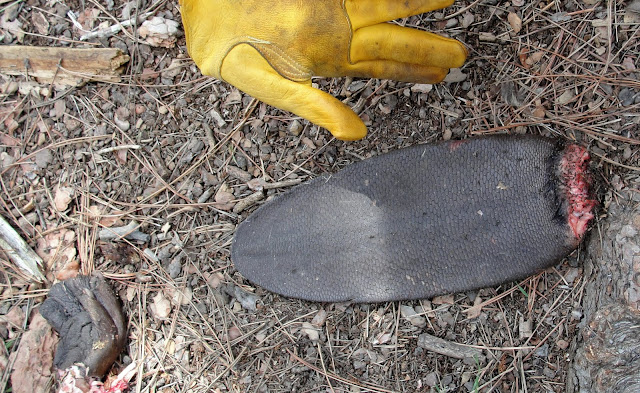 I had never seen a tail close up.  And the torn little paws made me sad.  The pelt was gone. 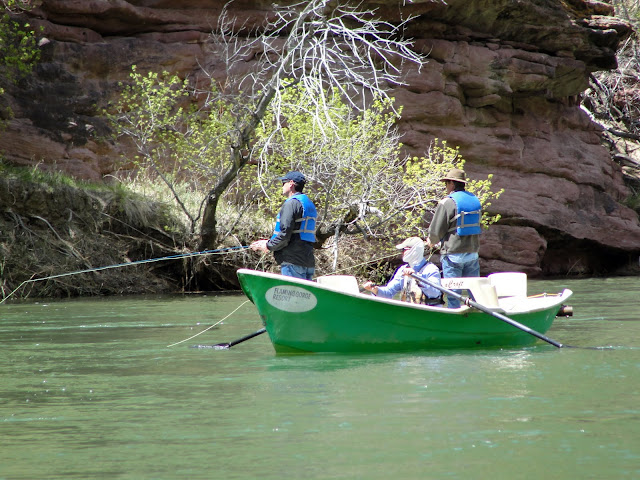 One more species was on the river in greater numbers than usual.  Can you identify these wild and crazy creatures?
Posted by Janie at Tuesday, May 24, 2011