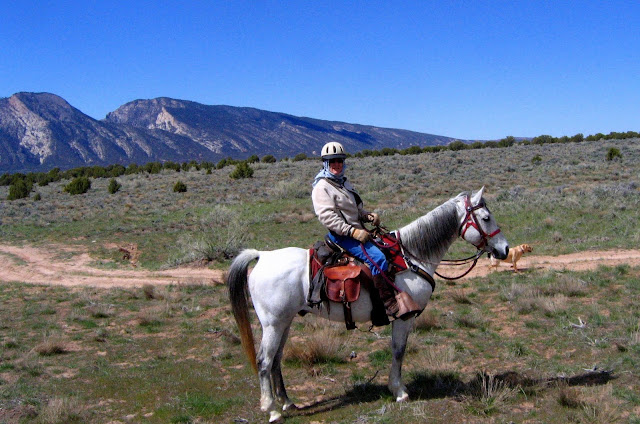 The BLM land near Dinosaur National Monument is a treasure trove of two-tracks and game trails, just waiting for the intrepid explorer.  We started out on the Wagon Road Bench and road north on a sandy two track. We wound our way through several deep sandstone canyons, 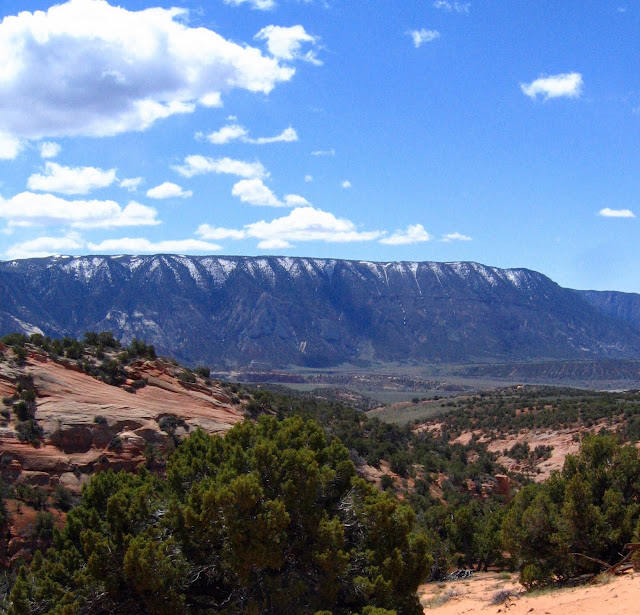 going over Boone Ridge and through Graveyard Draw. 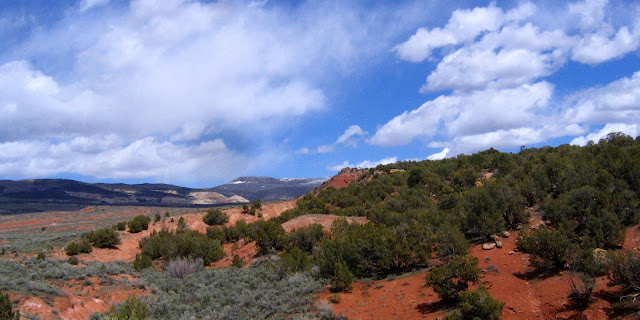 We rode around the White Sage Flats by way of these red hills. 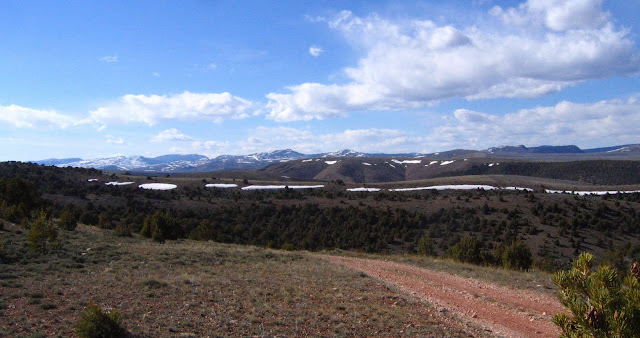 Finally we reached the Diamond Rim Road, a high and rugged track that has views in all directions. 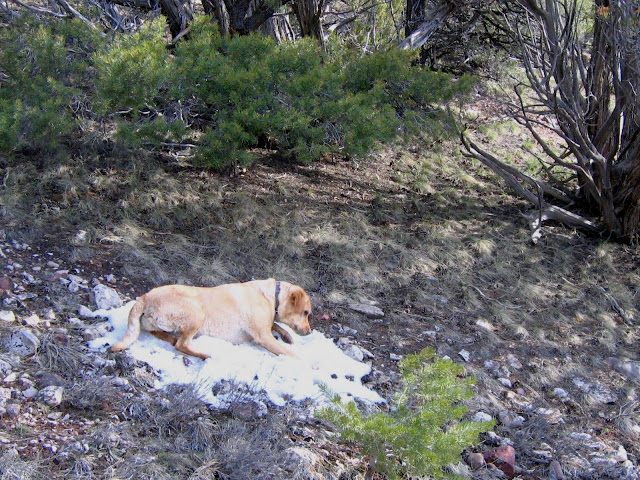 We continued along the Diamond Rim for several miles.  Much to Daisy's delight, we found some snow at about 7300 feet elevation.  Boss and Coco enjoyed a horsey snow cone before we started downhill for the second half of the loop.  We had already gone 20 miles that day, and had 10 more to go!
Posted by Janie at Saturday, May 07, 2011