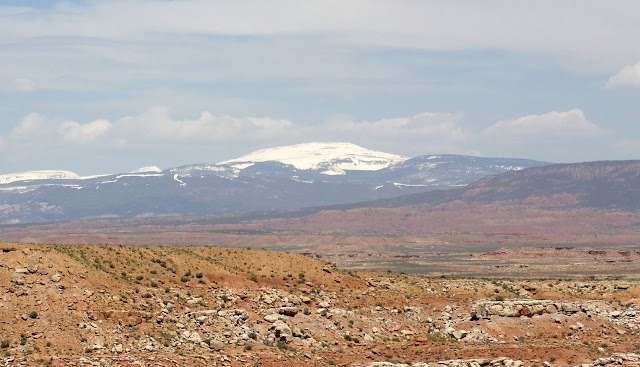 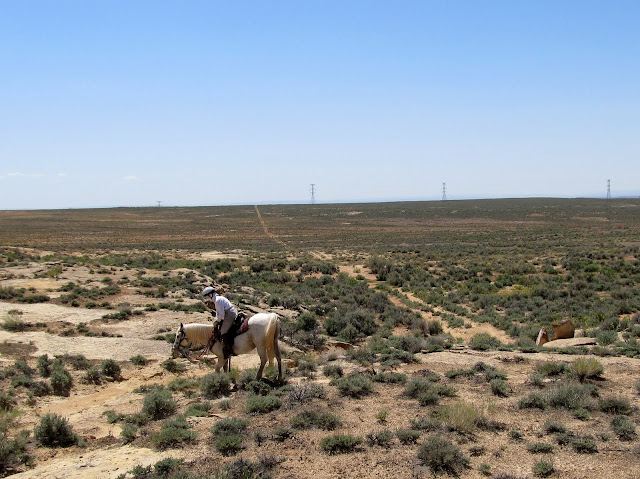 So, off we went to Halfway Hollow, where a long straight sandy two-track allowed for a nice run. 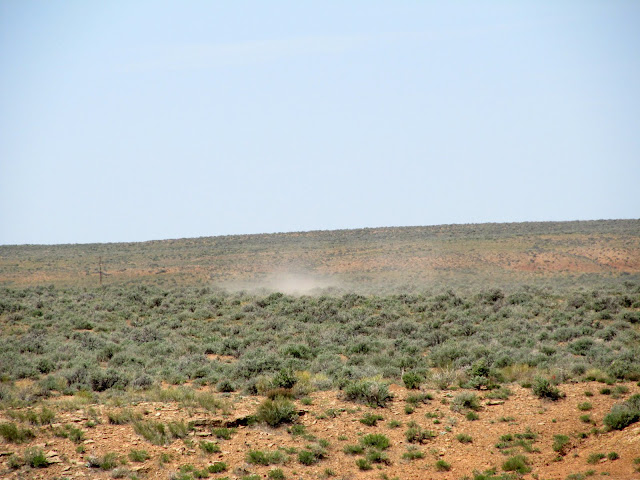 We saw a herd of antelope, but by the time we got a camera ready, all we captured was their dust.  The antelope had already bounded over a slight hill and out of sight. 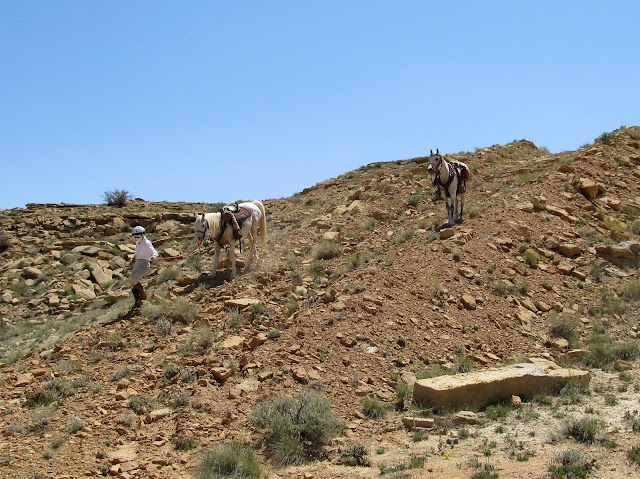 Mischief didn't care for the canyon rocks, and Coco sulled like a mule, hoping to avoid them. 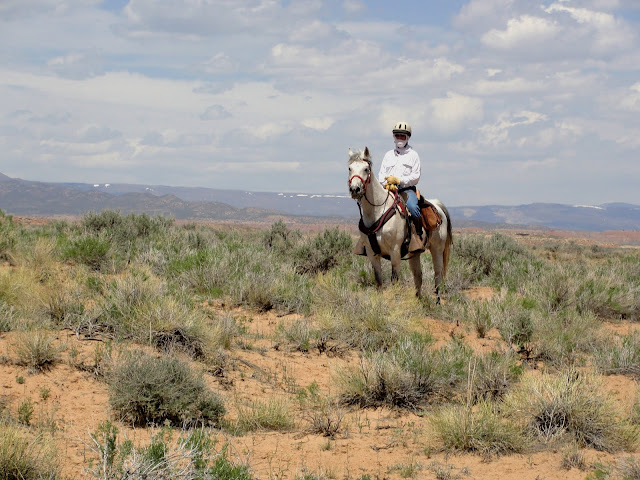 Most of the ride was in sagebrush and bunch grass, 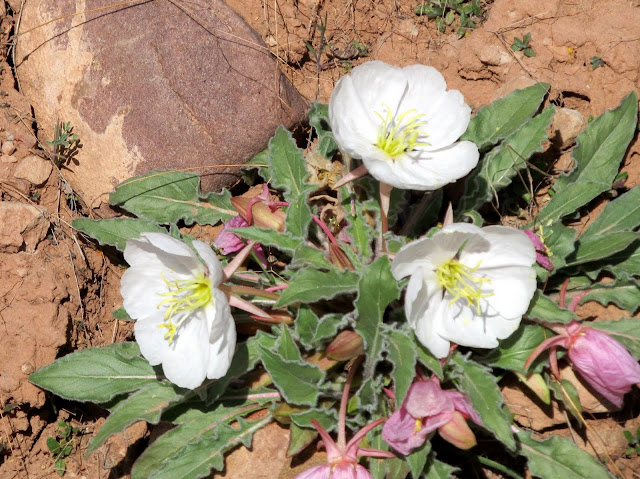 brightened by the occasional primrose or Indian paintbrush. 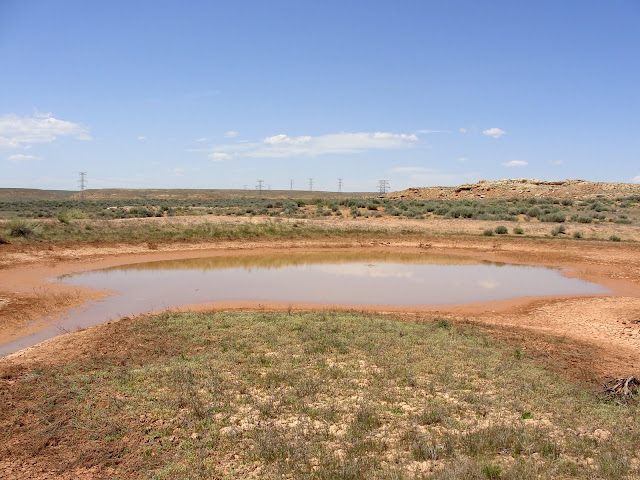 This pool provided a drink, but the water is disappearing already.  As the snow melts, which is at least two weeks behind, we'll ride at higher altitudes.
Posted by Janie at Friday, May 13, 2011