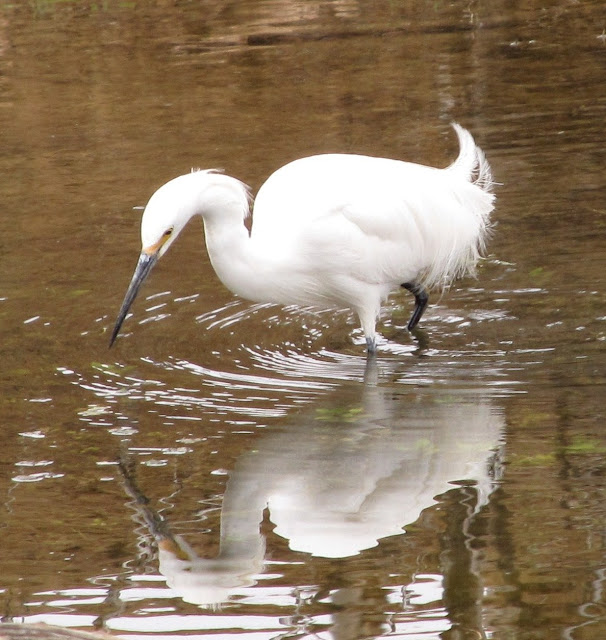 In the creek behind our house, the snowy egret hunts for prey.  As he walks, he lifts one foot and shakes it in the water to stir up insects and small fish. 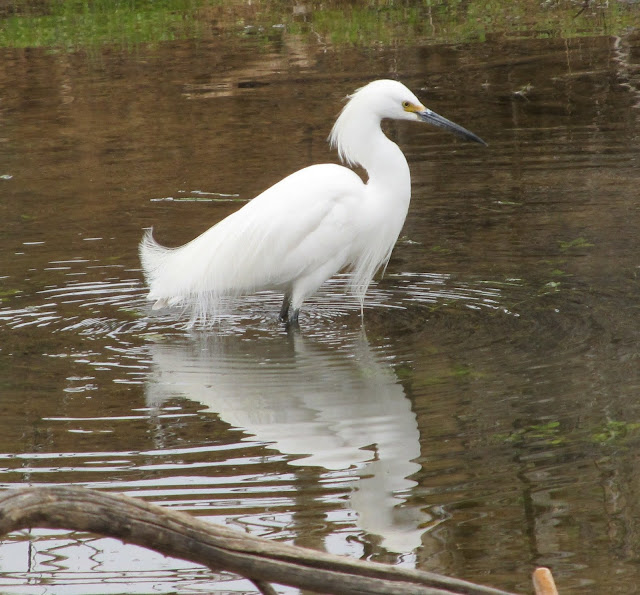 In breeding season, he has long feather plumes on his head, neck and back.  * 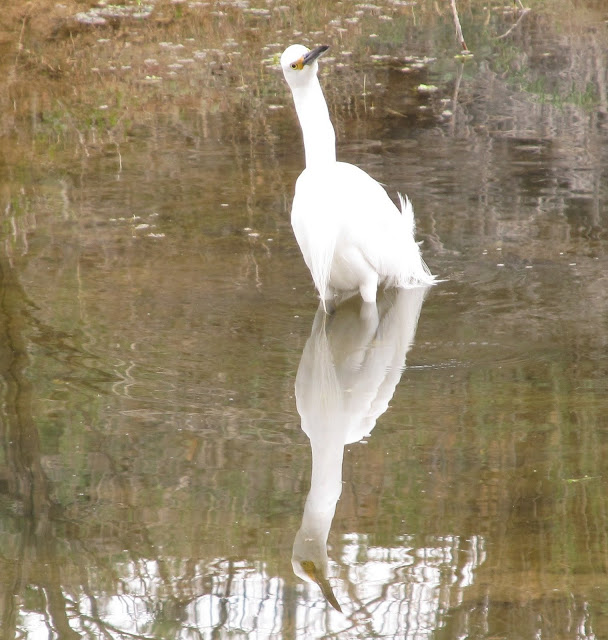 He stares toward his human photographer (Steve) with great curiosity. 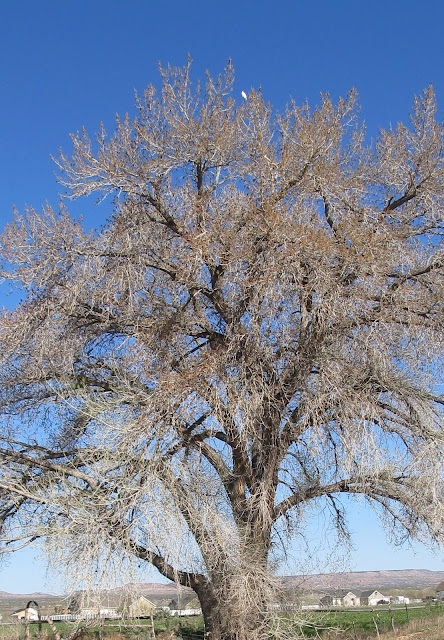 Later, he perches high in a nearby cottonwood tree, balancing on a slim branch. 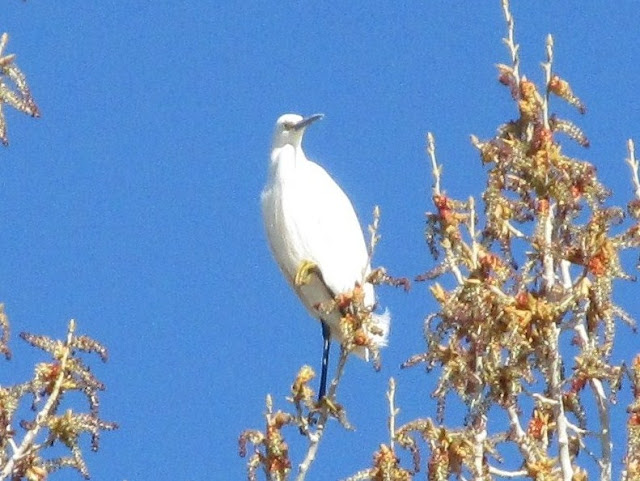 If you look carefully, you will see his yellow feet.
*At one time, the beautiful plumes of the Snowy Egret were in great demand by market hunters as decorations for women's hats. This reduced the population of the species to dangerously low levels. Now protected in the USA by law, under the Migratory Bird Treaty Act, this bird's population has rebounded. - Wikipedia
Posted by Janie at Wednesday, May 18, 2011