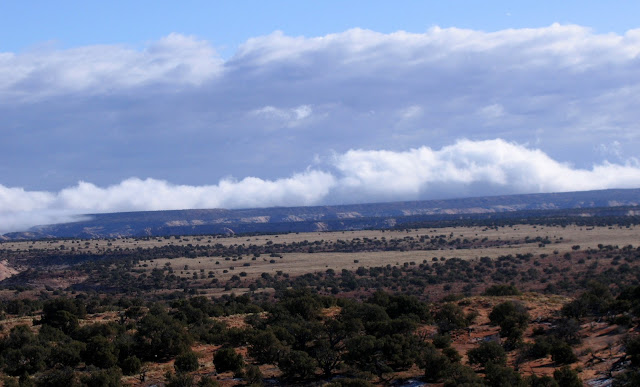 Still looking for the historic cow, cowboy, and outlaw trail leading down to the Sand Slide (which eventually leads into the Green River corridor), we rode the length of Goat Park, a huge expanse of grassland.  No goats live there now, but maybe there were some once. (Or maybe "goat" is a misnomer for desert bighorn sheep?)

An abandoned sandy 2-track makes an excellent place for a gallop. 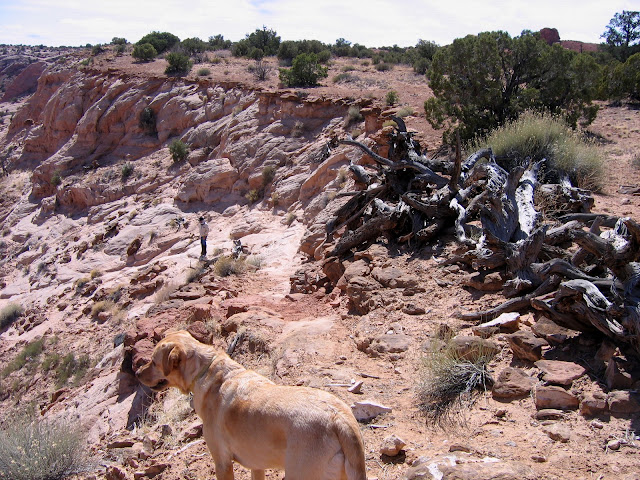 Near the end of the old 2-track, we found what we were looking for.  Long ago, someone had marked the spot with a pile of juniper branches.  This way down was safer than the Dead Donkey Trail ... 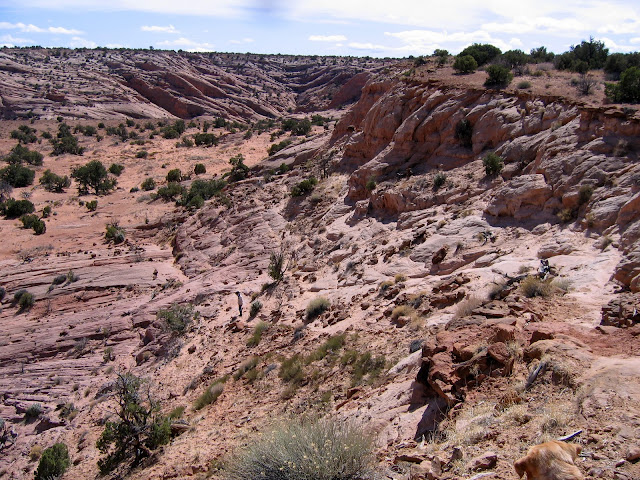 but only marginally.
A horse could make it down, and undoubtedly many have, but since a wrong step could mean a long fall followed by an unpleasantly sudden stop, we didn't ride it.  Steve did walk down, of course.  Not me.  I don't like getting too close to anything cliffy.  Anyway, he was convinced it was indeed the way the cowboys and outlaws descended. 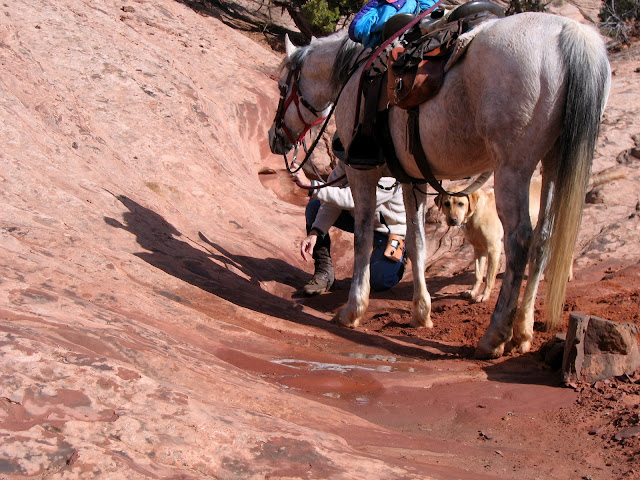 On the way back, we found some potholes for the animals.  Boss drank, but Coco wouldn't.  You can't see the water, but it's in a sandstone depression right in front of Coco.  The old saying, "you can lead a horse to water but you can't make him drink," is only too true.  Daisy patiently waited her turn. 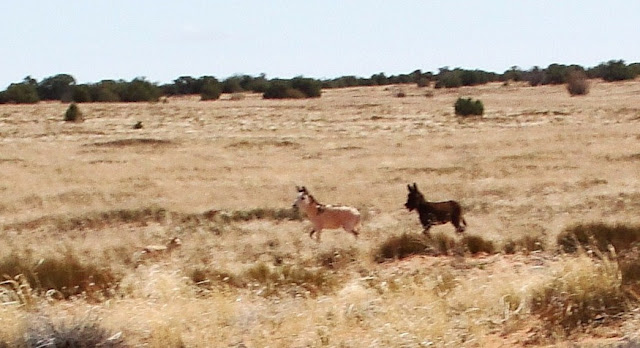 As we made our way back toward camp, we saw some wild burros.  Daisy went up to meet them.  They didn't approve and hee-hawed loudly in protest that anyone would dare invade their "pasture." 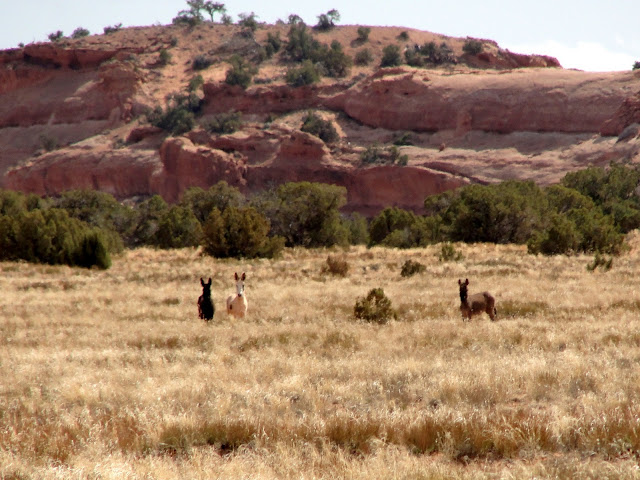 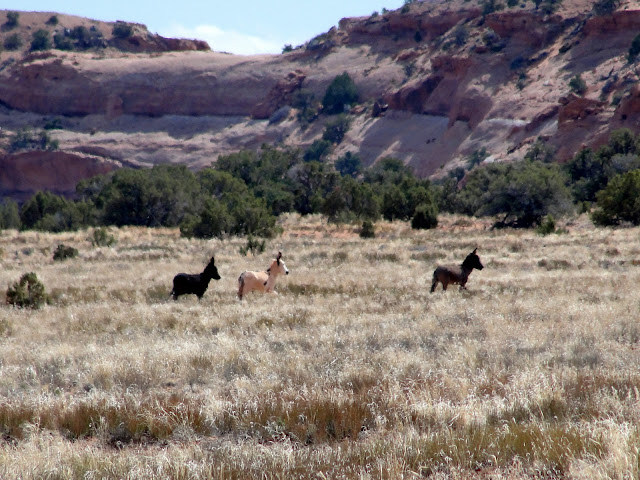