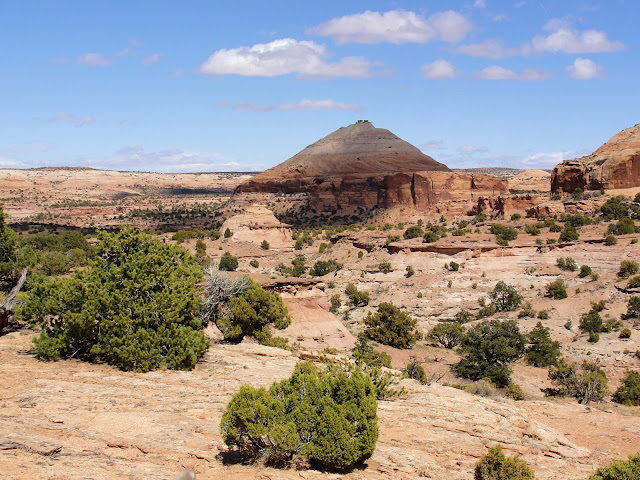 After re-visiting Cowboy Cave, our plan was to continue on in a loop through the Upper Pasture (about 2 square miles in size), over some hills, and back to the trailer.  The entire loop was supposed to be about 14 miles. 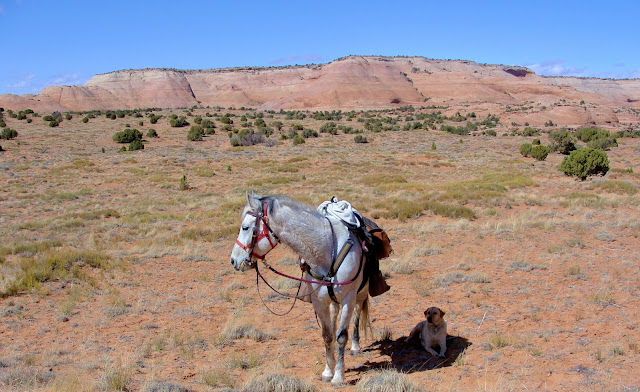 We made the trek through Upper Pasture (above) okay.  Daisy enjoyed a little shade wherever she could find it.  After that, we had a few difficulties, however.

Such as, the "hills" turned out to be solid sandstone, too steep for the horses.  If we could have found a path with soil, the climb would have been fine, but that slickrock just wasn't do-able. 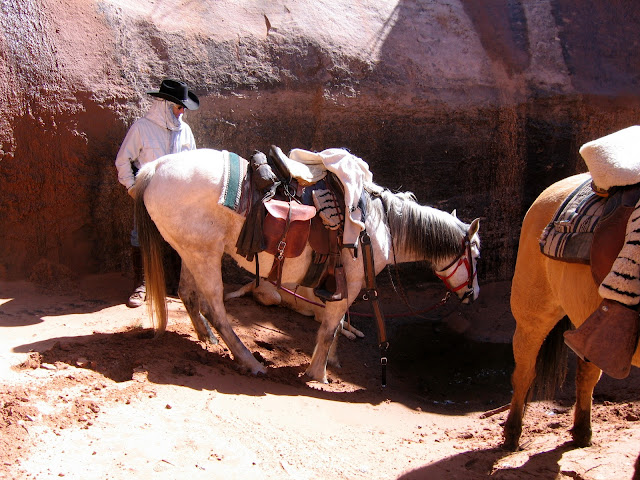 While hunting for a route, we often came to cliffs we couldn't climb.  In the photo above, a cliff provided a pour-off and a pool to water the animals.  Even Coco was thirsty enough to brave the deep, wet, sucking sand to get himself a good drink. 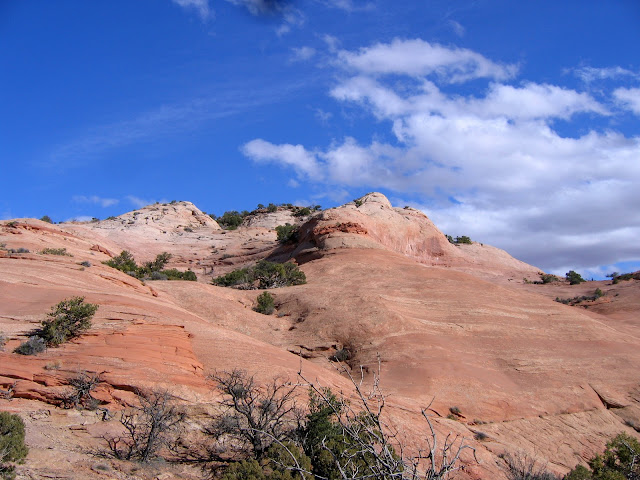 Finally, we realized we weren't going to find a route in time to get out of the canyons before dark.  Having come within a couple of miles of completing the loop, we had to re-trace our steps, making the ride 24 miles instead of 14.  Big diff!
We worried a little that we'd be riding in the dark, partly because Daisy was footsore from scrabbling over sandstone by then and couldn't go very fast, but she showed her mettle and stayed close. (As a last resort, we would have put her on Boss's saddle and let her ride.) 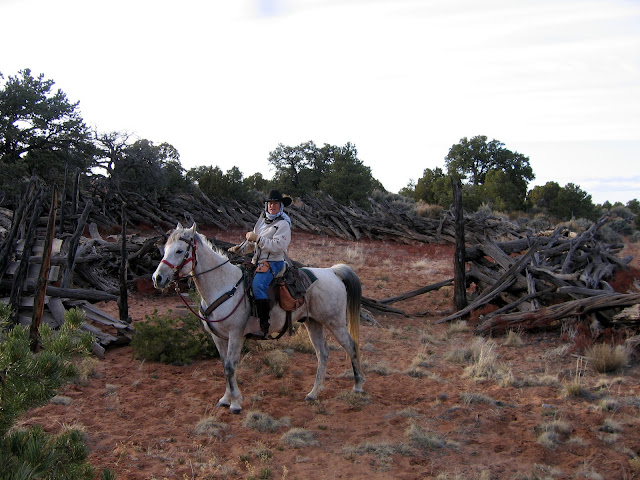 Almost back, we passed this intriguing juniper corral, still in good shape.
We made it to the trailer an hour before sunset.
Posted by Janie at Wednesday, April 06, 2011