We've been busy finding and acquiring a new horse.  Here is Coco, a half Arabian beauty: 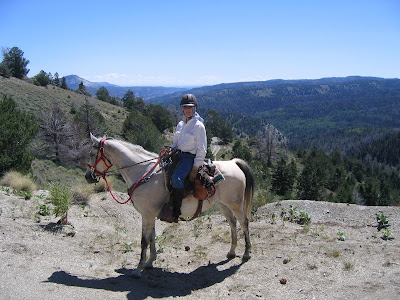 He's also a gentleman.  We went on a ride today with Steve on board Coco.  We traveled to the top of Mill Hollow (located off of Indian Canyon).  He did everything Steve asked. 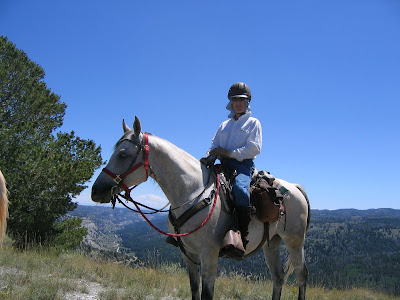 Coco had only been ridden English before, so he had to learn about carrying a bigger saddle and saddlebags, and come to terms with the new signals from a different rider.
Mischief, the old man of 20, taught the young whippersnapper a few things.  Coco wasn't sure about strange cattle troughs, but Mischief demonstrated how to approach.  A downed tree seemed a little scary, but Mischief coached the younger horse on that, too.  And when Coco was reluctant to get his feet wet in a small stream, Mischief showed him how.
Coco has a funny way of immersing his entire nose when he takes a drink.  While drinking out of the stream he actually blew bubbles!  (Wish I'd gotten a photo.  I'll work on that on our next ride.)
Here's Professor Mischief, back at the trailer. 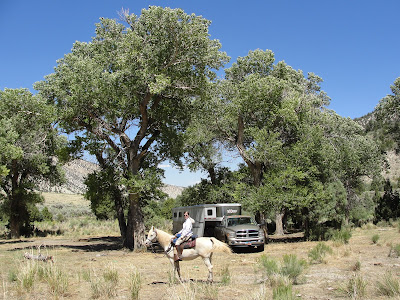 He had fun being the leader for a change.
We still have Boss, who hated to be left behind.  Now that we have 3, we'll be able to rotate the stock on weeks when we're lucky enough to ride often.
Posted by Janie at Thursday, August 12, 2010