This last week, we made one more trip to the BLM lands around Canyonlands Maze district.  On our way in, just past Sweetwater Reef, we were greeted by these guys: 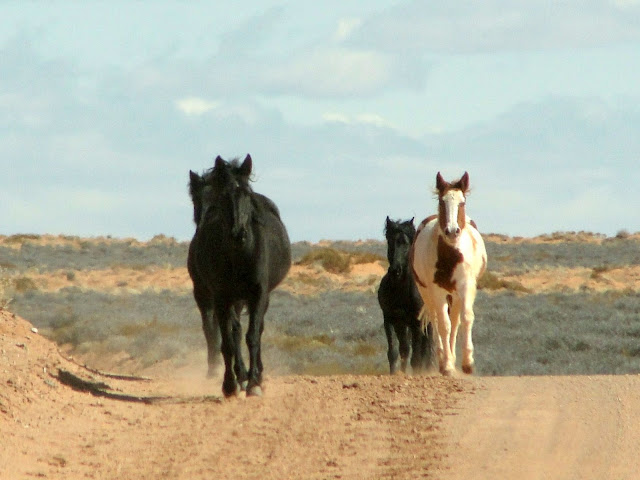 We knew a wild horse herd was in the area.  They're called the Robber's Roost herd. 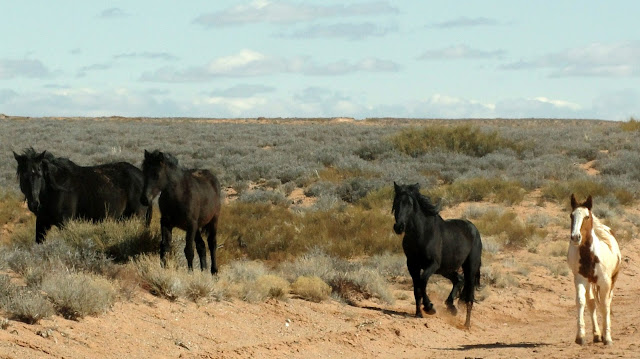 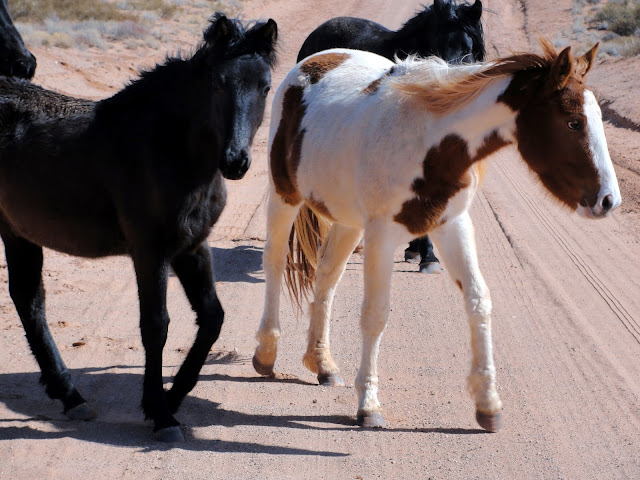 The curious youngsters went up to the horse trailer and looked inside, probably exchanging eager nickers with our guys. 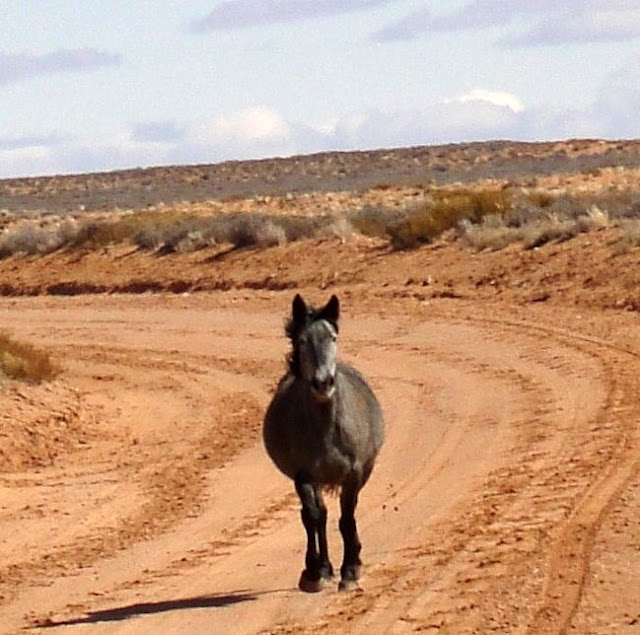 This little filly turned up late.  She must have been caught napping, or rolling in the sand, or la-di-da-ing. 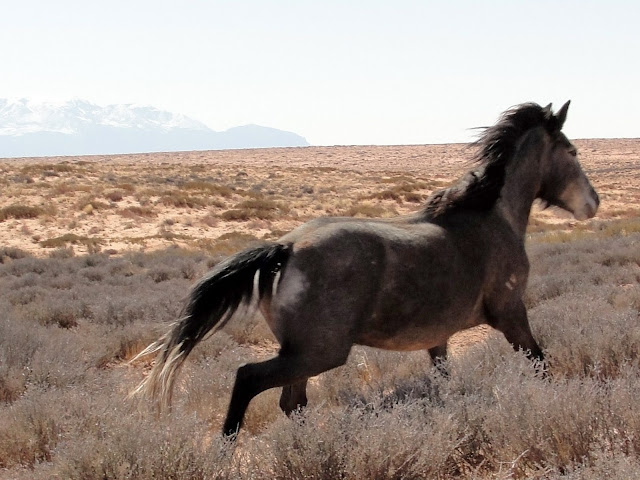 Noticing she was left alone, she was in a big hurry to catch up with the group.
Since the wild ones didn't seem afraid, at first we thought they might be ranch horses. The gray latecomer has a mark on her right shoulder in the photo above, but on magnification this appears to be a scar, not a brand.  With no brands and no shoes, we're assuming they were mustangs, about a dozen of them altogether.  Some may have been running through the sand dunes alongside the road and we wouldn't have seen them. 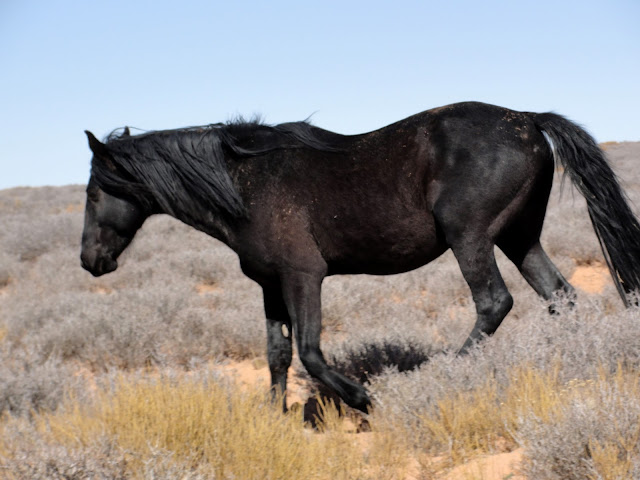 Isn't this black mare a beauty? 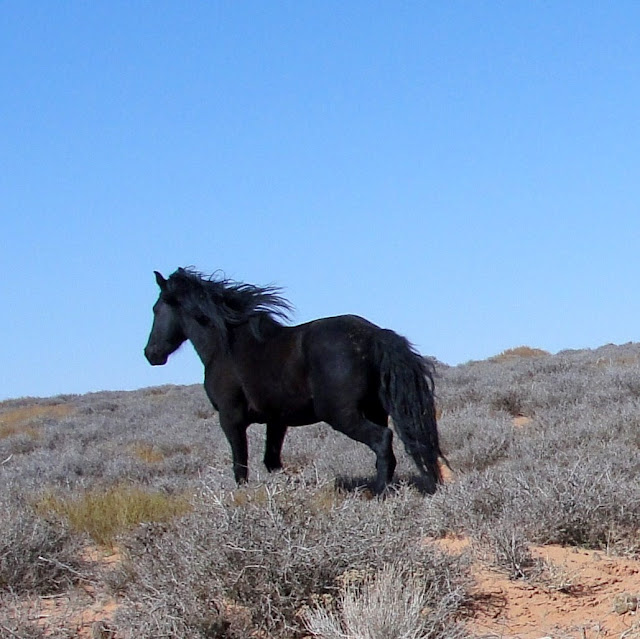 I love her long, flowing mane and tail.
In looking up information on the Robber's Roost herd, I found that the BLM limits the herd number to about 25. (Any increase in size results in a roundup, usually every couple of years.  The excess animals are offered for adoption through the BLM Horse and Burro Adoption Program.)  The Robber's Roost herd members are predominately gray, black and roan.  The small size and the general conformation of the group we saw was typical of mustangs.  According to the BLM site, mustangs have been in the area since the early 1800's, with the occasional ranch horse joining the wild ones and diluting the original Spanish barb genetics.
A few minutes after the horses passed us going the opposite direction along the road, we saw a helicopter.  We assume it was a BLM employee, flying low, checking population numbers or herd condition, and that may have sent the horses running along the road and into our path.
We felt lucky to have seen them.
Posted by Janie at Saturday, March 12, 2011