On the third day, we awoke to a glorious sunrise over the LaSals and a magnificent view. (Click to enlarge).  With that kind of start to the morning, who wouldn't be ready to get out and ride? 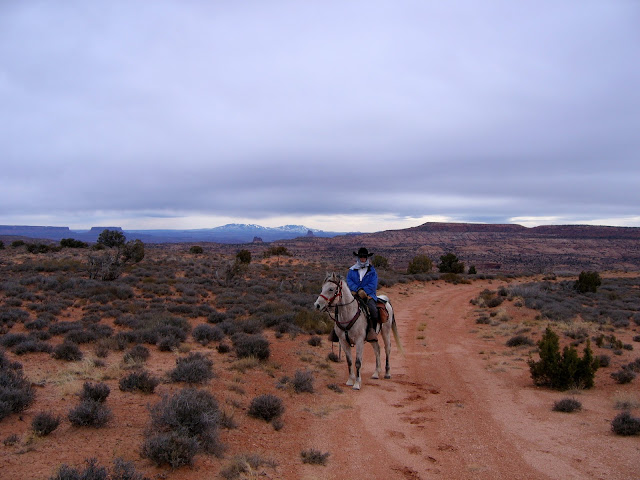 We had our own 35 gallon water tank for the horses in the trailer, but it's always good to know where the nearest water source is in dry country.  So, our first task of the day was to check out a couple of springs.  Neither was exactly as shown on the map, but the friendly ranger at Hans Flat had told us where they really were.  He said, as we had already discovered, that almost none of the water sources listed on the maps in the Canyonlands area are actually where they are purported to be on the USGS or National Geographic maps. 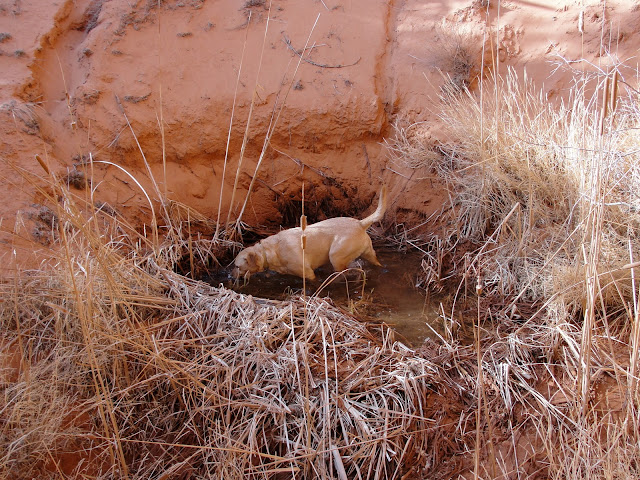 Above is Lost Springs.  Since it's impossible to see where the water is until you're on top of it, one would almost have to be Lost to find this spring. 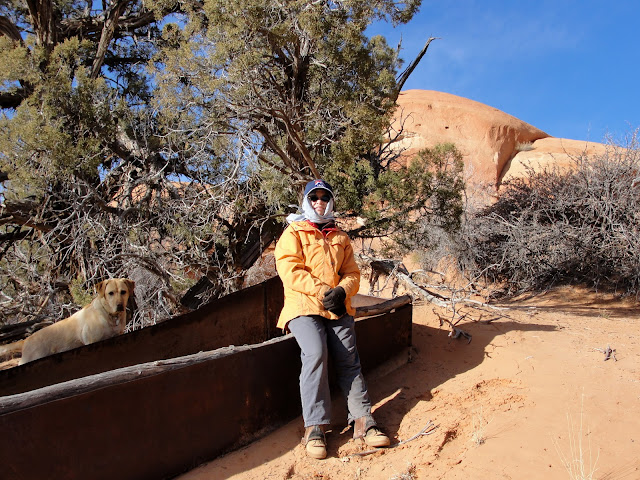 This old trough is the only sign of humans passing this way. 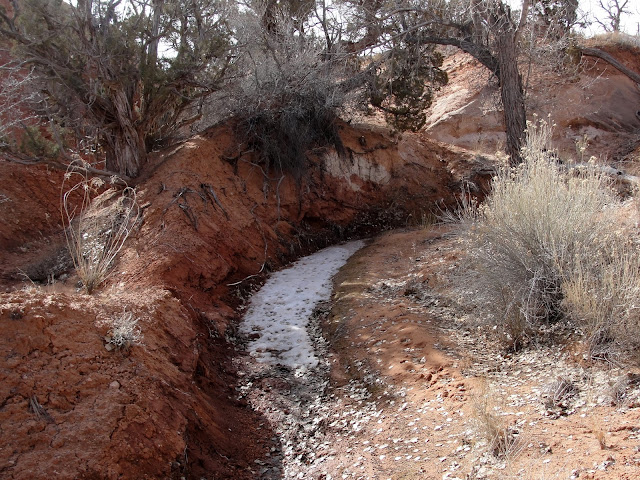 Next, we visited Windy Point Spring.  This one was bigger, with sandstone slopes around most of it. 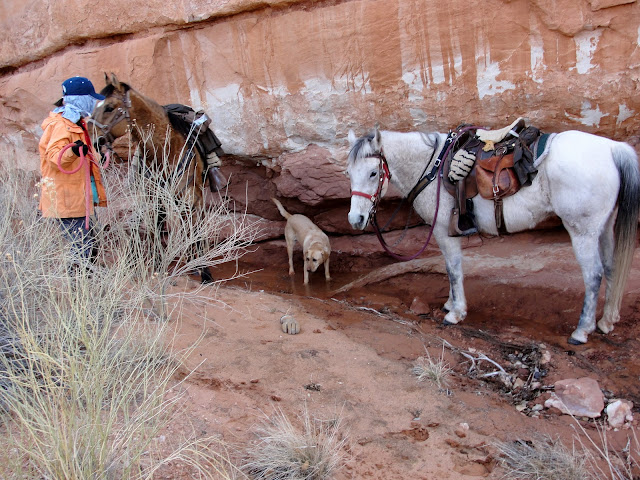 The horses and Daisy enjoyed another refreshing respite. 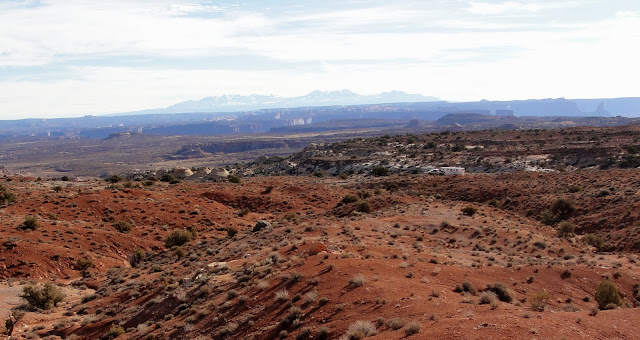 Then we were off, headed north along the old Spur road, leaving our camping spot and the trailer (center right) far behind.
Posted by Janie at Sunday, March 06, 2011