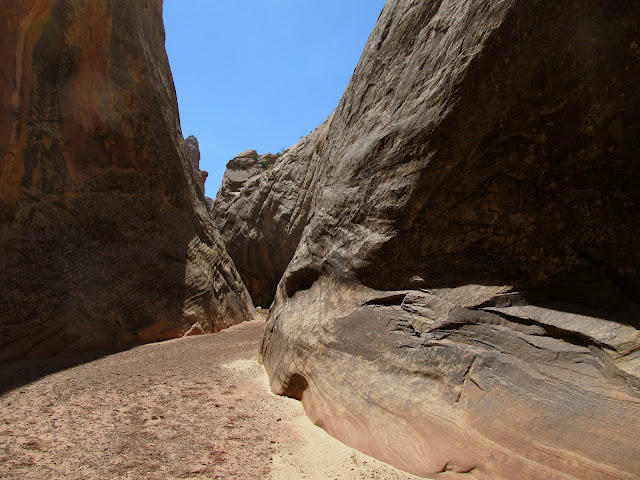 Within the Muley Twist, the sandstone cliffs form narrow, winding sections, enough to "twist a mule", they say.  The horses weren't too stressed, though.  They did get a little excited when we came upon a hiker, but only until they figured out he was just a puny human wearing a backpack.  Not an alien after all.
In such narrow confines, the main danger would be a flash flood.  A rain storm as much as 50 miles away could result in a tremendous rush of water through this canyon. 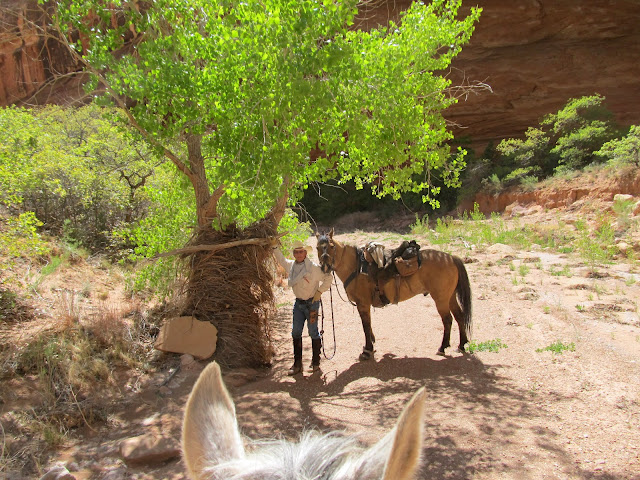 Here, you can see the high water mark, shown by debris around a cottonwood tree trunk.  It's higher than the top of Steve's hat.  We checked the weather report before leaving home, and no rain was in the forecast. Notice the position of Boss's muzzle.  He's resting it on Steve's arm.  That seems like a very sweet gesture on Boss's part.  But maybe he's just hoping he'll get a treat! (BTW, that's a homemade GPS holder on Steve's hip, not a gun holster!) 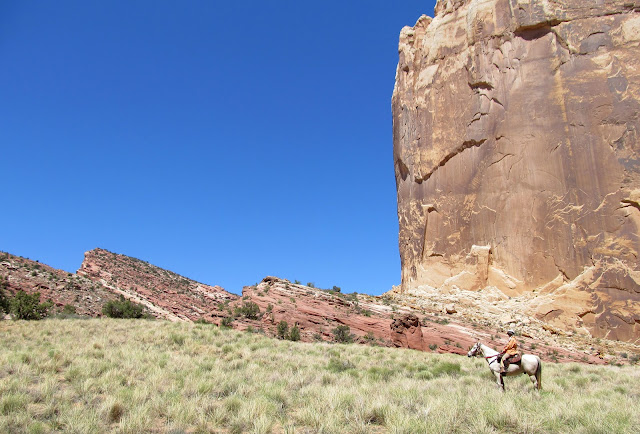 Where the canyon spread out, we found plenty of bunch grass.  In spite of the good grazing, no deer or antelope signs were apparent.  Maybe there's not enough water to support them. 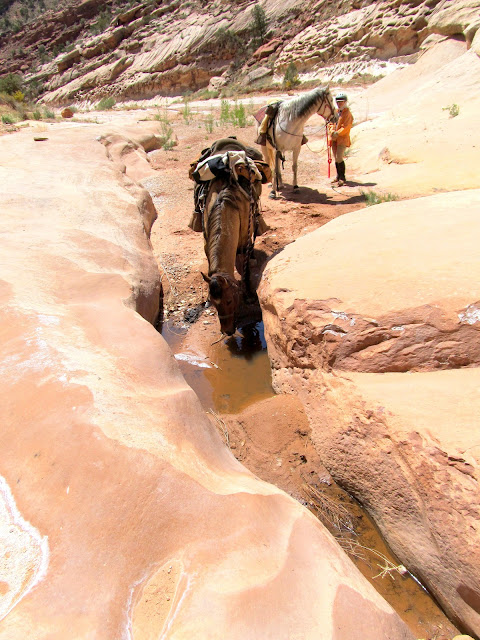 We found a few "waterpocket" pools.  The horses were pleased at the discovery because the day was warm. 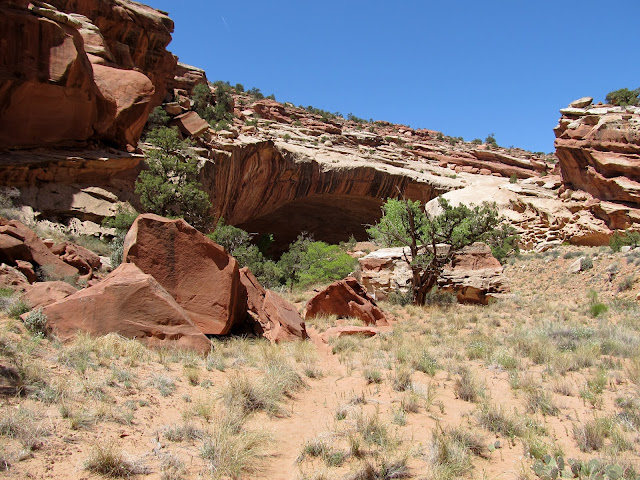 In the middle of the above photo, you can see one of the many alcoves in the canyon.  No doubt they would be fun to explore.
Next post, I'll show you some of the wildflowers we found thriving in this desert ecosystem.
Posted by Janie at Monday, April 29, 2013