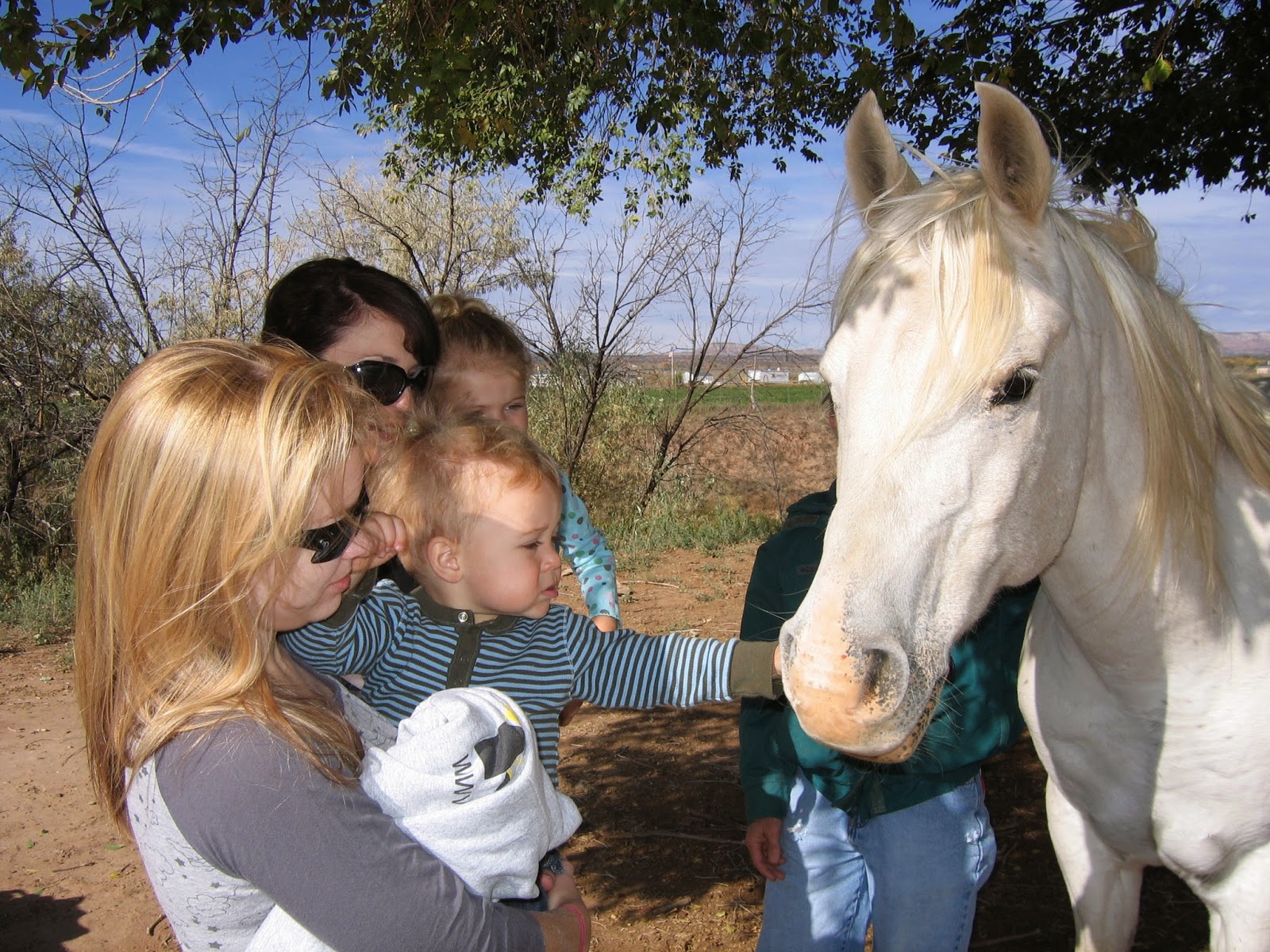 Who would've guessed Mischief would be such a kid magnet?  The photo above was taken in 2007.  He was meeting the grandkids. 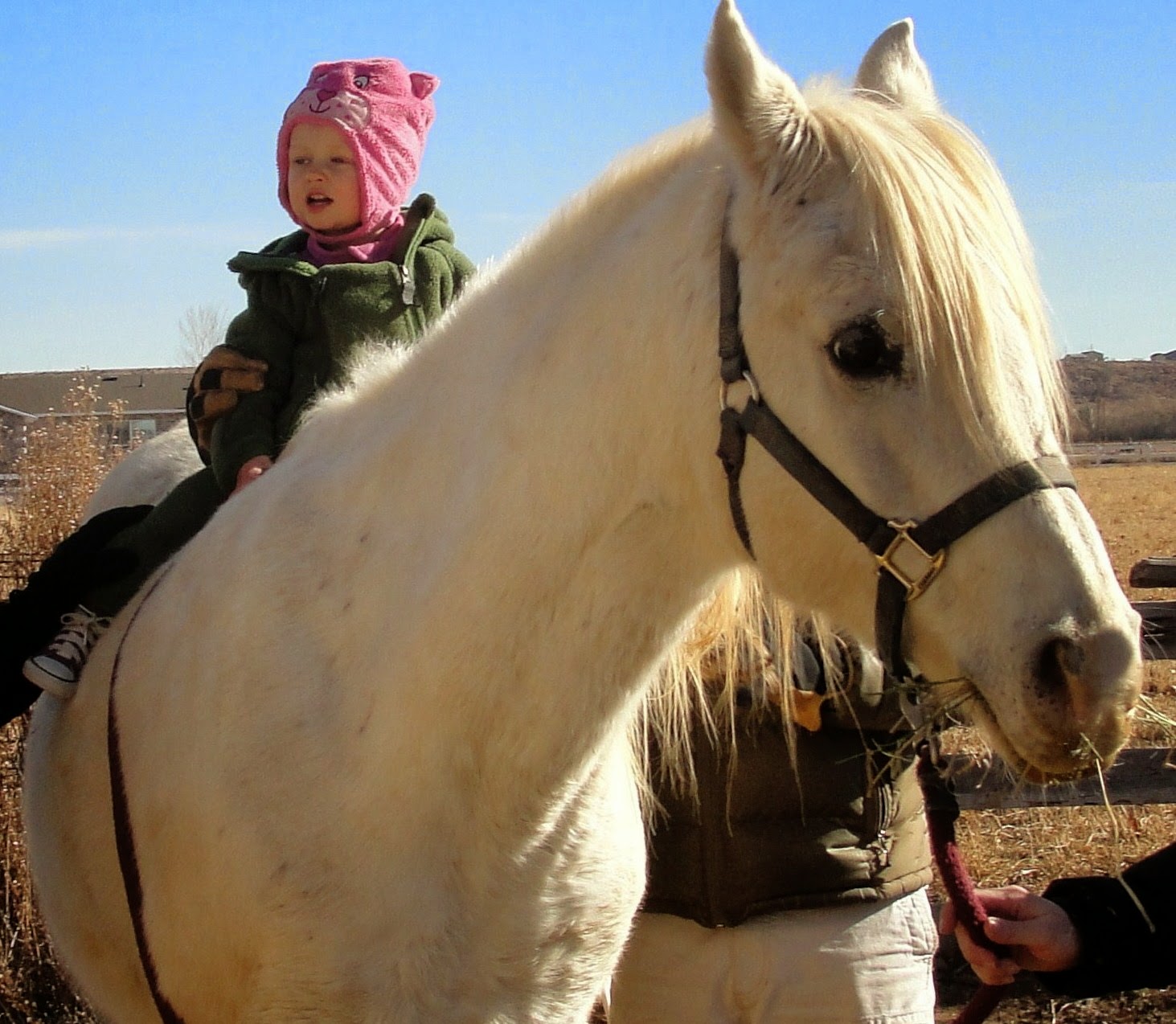 A few years later, he gave another grandchild a ride.  He likes the attention.  Kids seem to like him.
He's 24 now, but still plenty handsome.
We often let Mischief tag along on our rides.  He enjoys getting some exercise that way.
Today, as we passed campgrounds in the National Forest, kids came out to see him in hordes.  They were intrigued that he would follow us like a big dog.  Actually, it's not that unusual.  Horses are herd animals who naturally want to stay with their group.  Mischief has been with Boss for 10 years, and with Coco for 4 years, so they're well bonded. 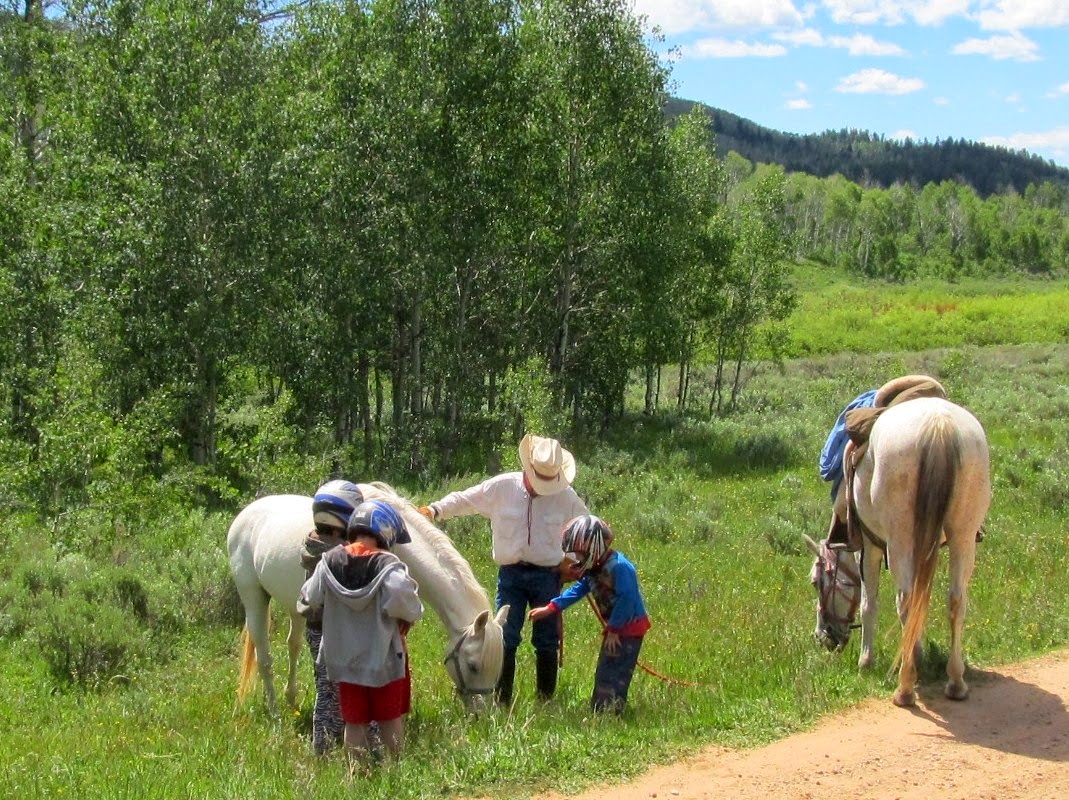 The above photo is of some 4-wheeling kids who stopped to see Mischief.  They were thrilled when Steve allowed them to pet Mischief and feed him a treat.
At one point, we had about a dozen kids, mostly little girls, coming up to fawn over Mischief.  He seemed pleased to be the center of attention.
One little girl of about 5 or 6 asked if she could take Mischief home.
Steve explained that a horse needs plenty of hay and oats.  She thought she could handle that, with help from a big sister.
Then Steve explained that Mischief would prefer to sleep in a bed instead of a barn.  The little girl thought she could handle that, too.  Mischief could sleep in her bed.
Next Steve asked if she had a refrigerator in her room, since Mischief liked his water cold. She sighed, and admitted she couldn't provide that, at least not in her room.
Of course, Steve was pulling her leg just a little bit. 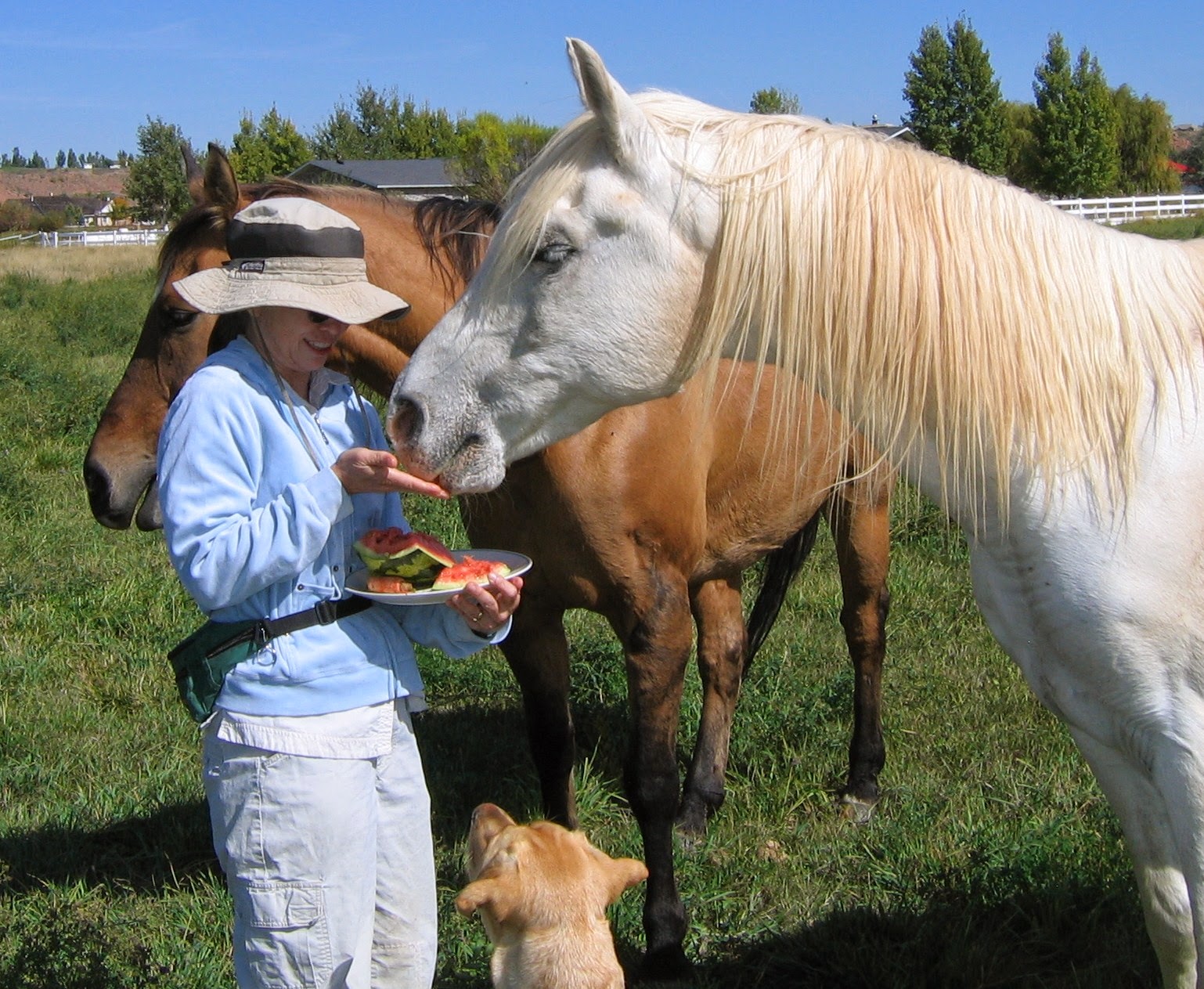 But not much.  Mischief really would prefer a bed and refrigerated treats.  Above, he's enjoying some cold watermelon.
Posted by Janie at Saturday, June 28, 2014