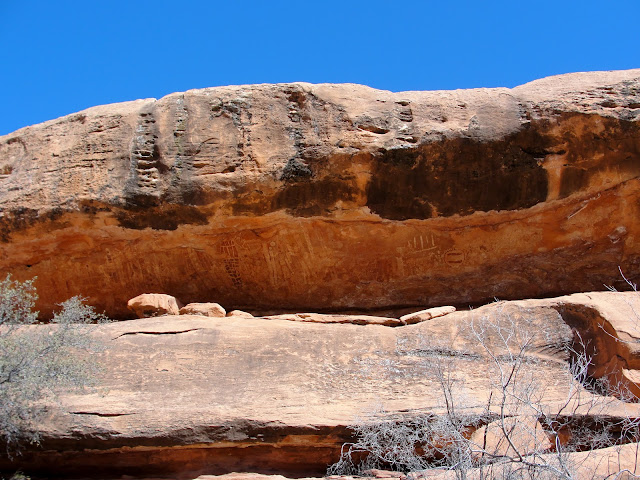 Yes, we found it, above the wash by about 30 feet.  The gallery is painted on the slanted ceiling of an alcove by a Native American Michaelangelo. 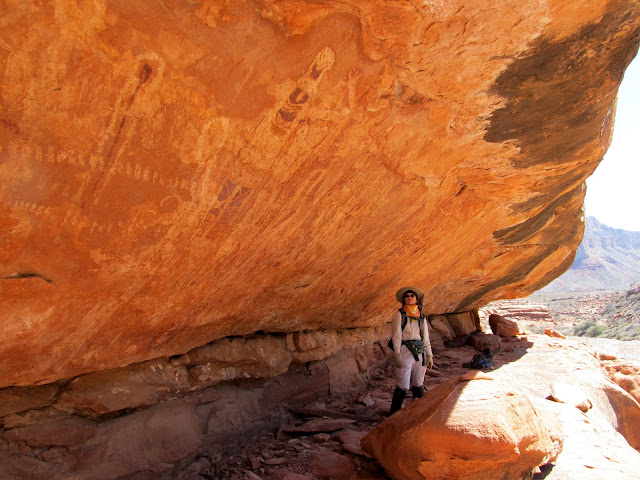 The National Park service estimates this art was created before 1000 B.C..  The designs are similar to the Barrier style found in Horseshoe Canyon, Canyonlands National Park, attributed to about the same time period.  These are pictographs, painted on the rock.  (Petroglyphs are pecked into the rock.) 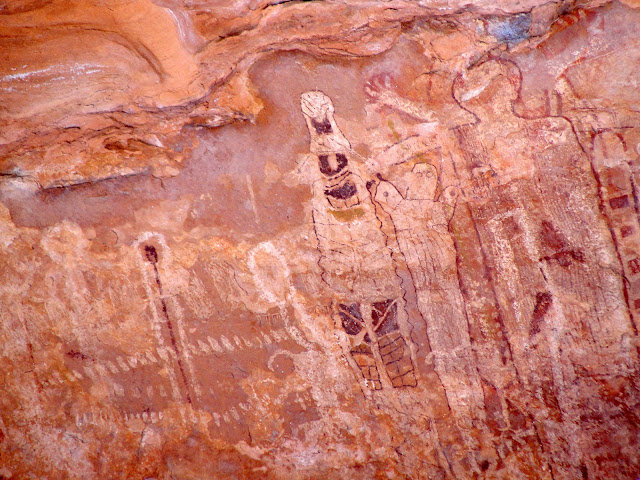 The figures are elongated, life-size, and some are multi-colored.  In places, figures seem to be drawn on top of each other. 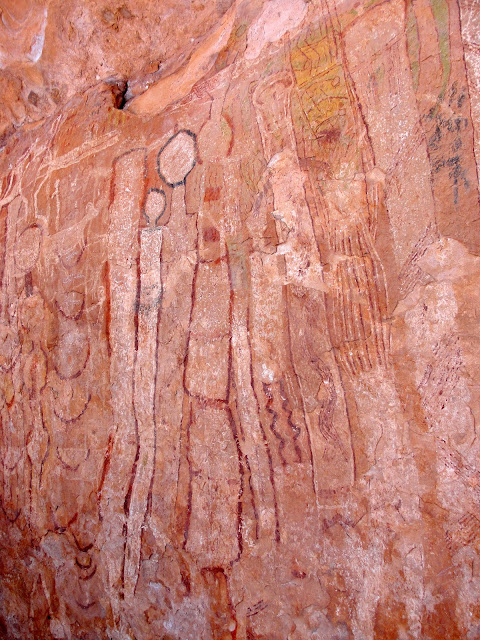 So much art in one place may have meant that the tribe considered this a sacred place.  The protected alcove was a good choice for protecting the colors for 3000 years.  The Spirits would be pleased.

The above stitch of several photos shows the breadth of the gallery. This panel is at least 2 miles from any present day water source, and there is no sign of a permanent dwelling. 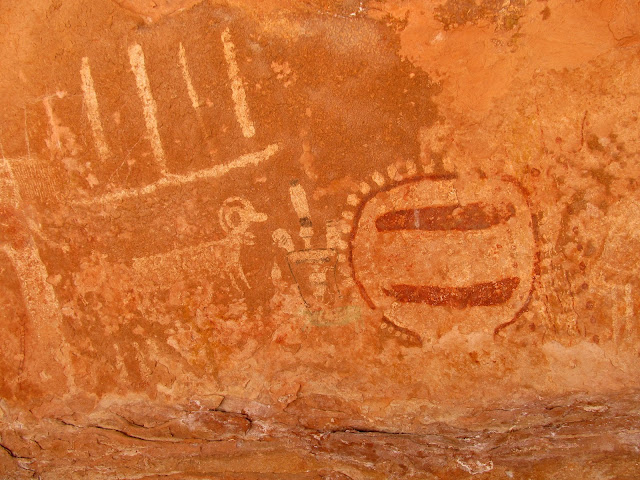 Maybe this ancient tribe hunted in the canyon in spring or fall, then moved on.  A ram and several antlered deer are depicted, which seems to support the hunting theory. 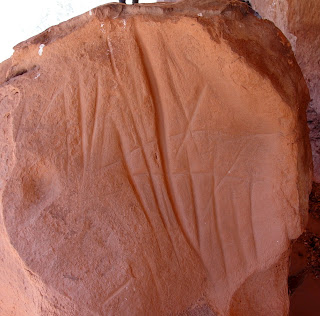 This sharpening rock located within the alcove might indicate that game was butchered here. 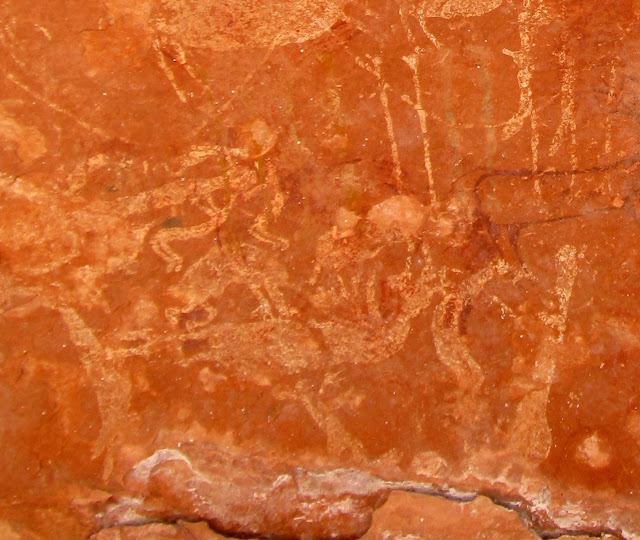 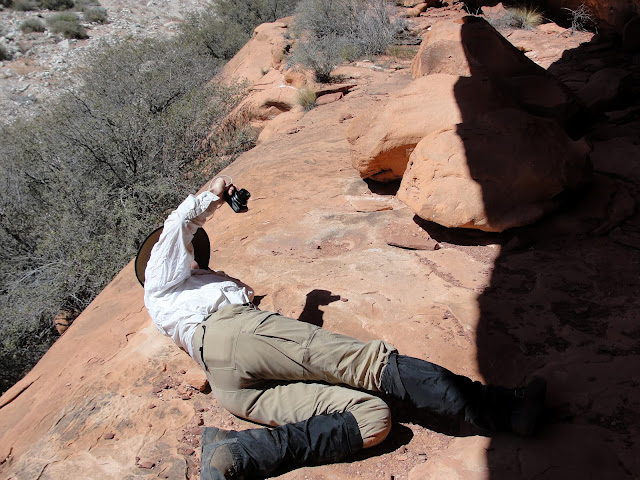 The narrow alcove doesn't lend itself to easy photography.  Here is Steve, doing his best to capture the figures in their splendor.
Posted by Janie at Monday, March 12, 2012