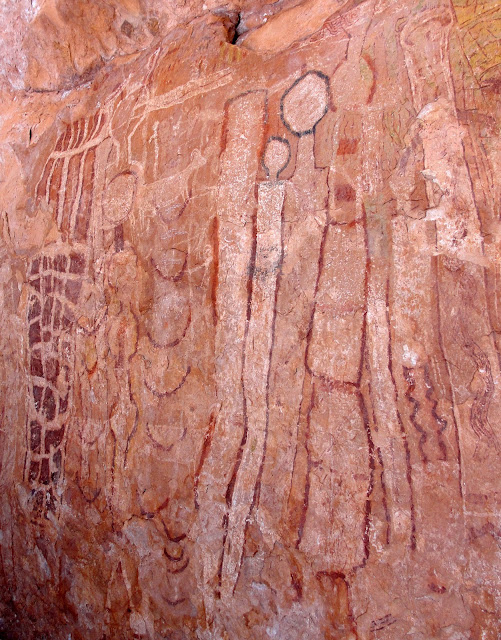 The Shaman's Gallery is alternately called Gordon's Panel, after Gordon Smith, a mule wrangler and trail guide who "discovered" the rock art in 1986.  Actually, he was just the first to report the find to the Grand Canyon National Park officials. 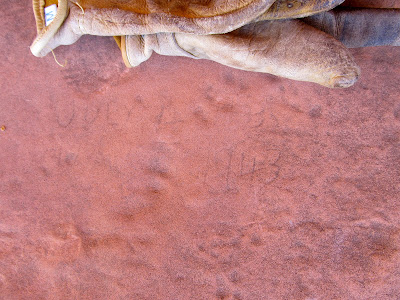 This place was visited at least as early as 1943, as indicated by a date carved on a rock beneath the overhang. 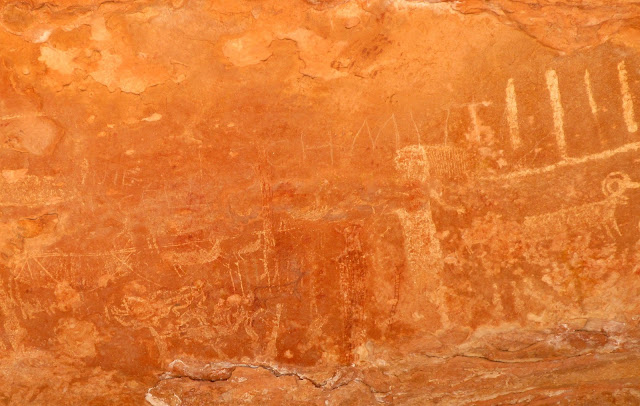 Unfortunately, someone has scratched what appears to be a name onto the art panel.  It's such a shame that someone has defaced this unique treasure. 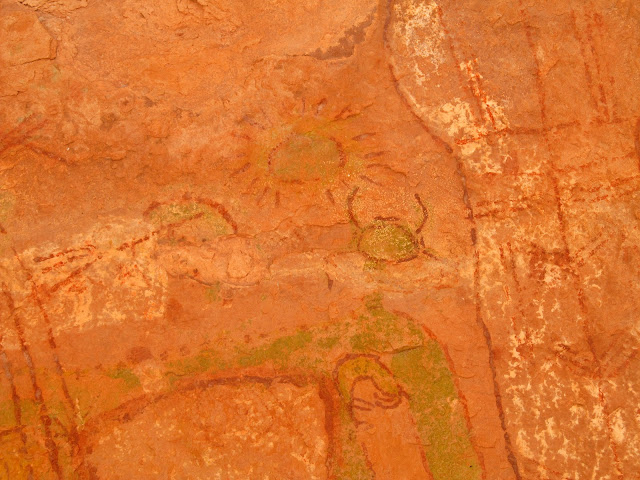 Above is a close-up of the green and yellow coloration.  How the dye was made and applied would certainly be interesting to know. 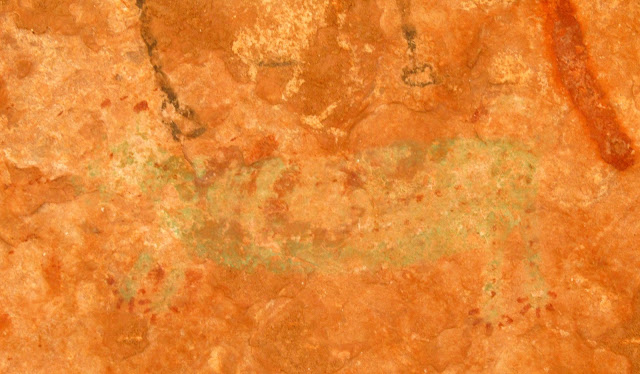 Some of the colored figures have faded, or are well into the process, as you can see in the animal form above.  Does this critter paint his toenails?  I'm guessing it's a panther because of the cat claws. 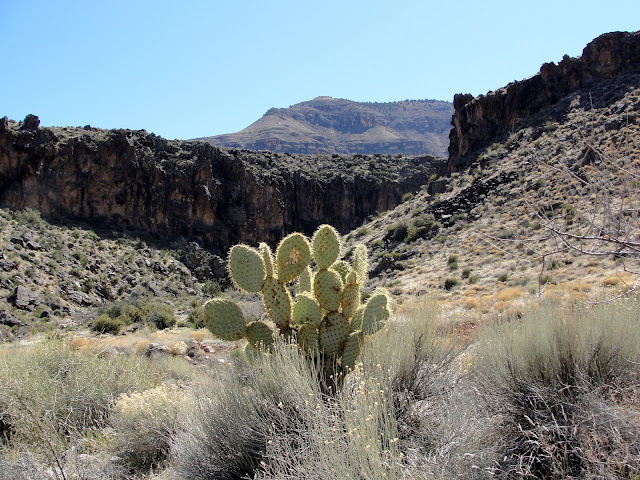 We hiked out of the canyon the same way we came in.  Behind the sunlit prickly pear, you can see black rock, the remains of a volcanic lava flow. 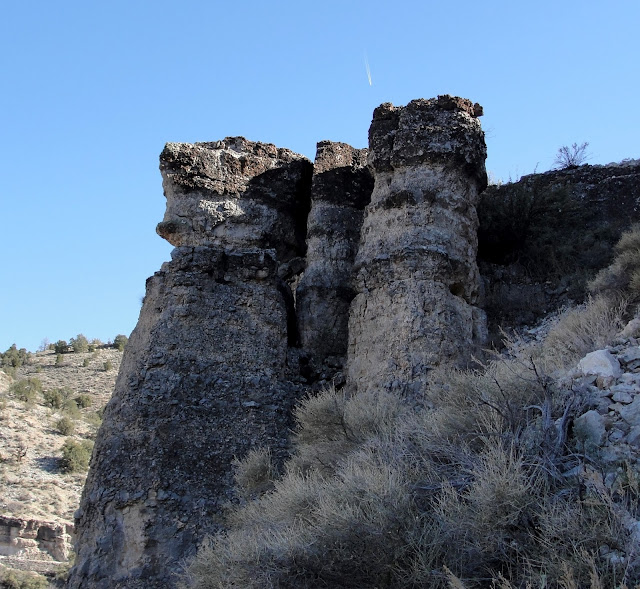 These towers near the top are from the Kaibab Formation.  By 4PM, we were back at the trailhead.  We spent the night in a tent on BLM land outside the Park. 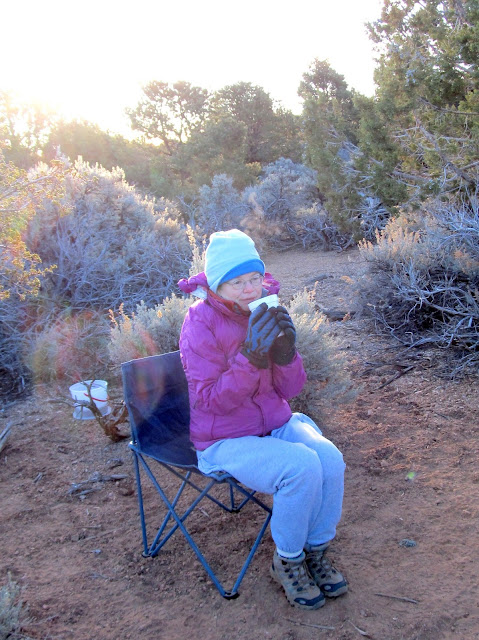 It was a cold night (25 F?) and morning.  Here I am, catching the first rays and trying to warm up with a cup of hot chocolate.  Note to self: bring more warm stuff next time!
The only other person we saw while camping or hiking was a park ranger who stopped by our camp to check on what we were up to, and stayed to chat for a while.
Animal companion report:
Daisy:  Yes, she came on the trip, but she had to stay tied to a tree at the trailhead because dogs aren't allowed on National Park trails.  She was sad, but probably happier than if she had stayed home.  We did take her for a couple of runs on BLM land.
Horses:  No, we did not bring them.  We weren't sure about road or trail conditions.  The road was rugged, and less than ideal for a 3 horse trailer, but we probably could have made it in and out as long as the road was dry.  The horses would have had no problems with the trail, not even in a narrow area with a hundred foot drop on one side.  I would have been a tiny bit nervous, however.  I was worried enough, inching past it on foot!
Posted by Janie at Tuesday, March 13, 2012