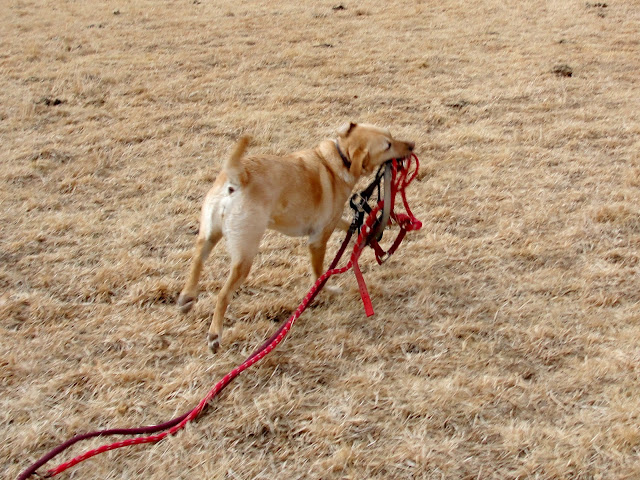 When Daisy senses we're heading out for a ride (and she's never wrong), she becomes manic.  She grabs the halters out of the garage and starts dragging them toward the barn.  Although we go out to the barn at least twice a day, she only grabs the halters when we mean business (a real ride).  Somehow, she knows. 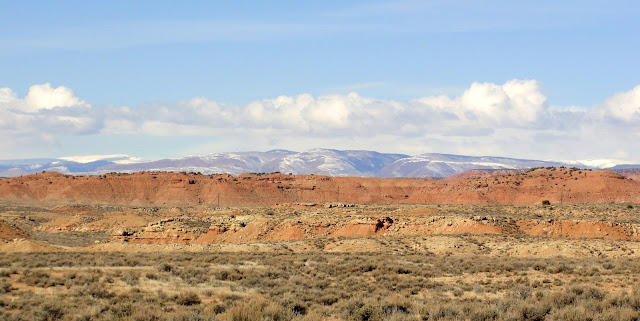 We've been riding in Halfway Hollow several times a week, taking advantage of highs in the low 40's and still no snow. 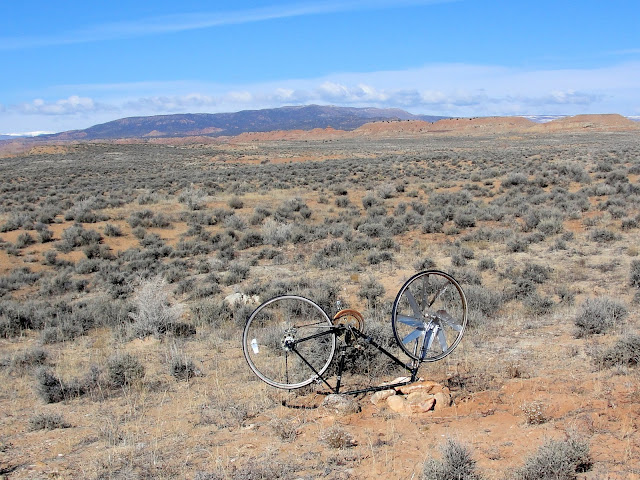 You never know what you'll find.  Does this bicycle designate a trail, or did the bike just die in the middle of nowhere and was buried, wheels up, on the spot? 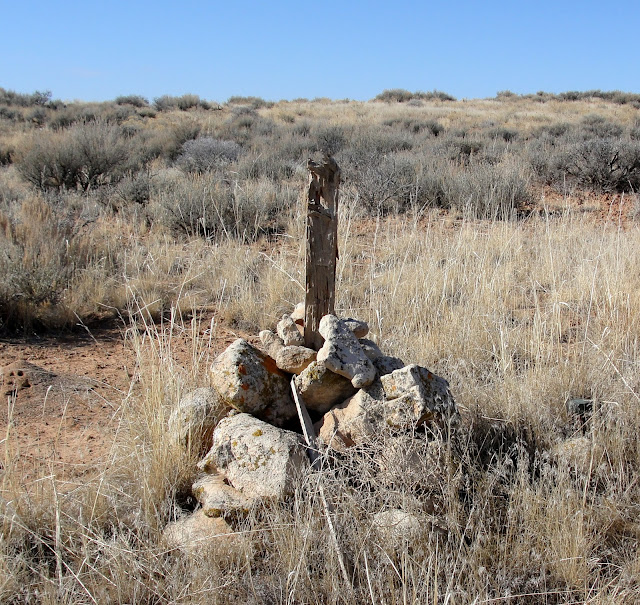 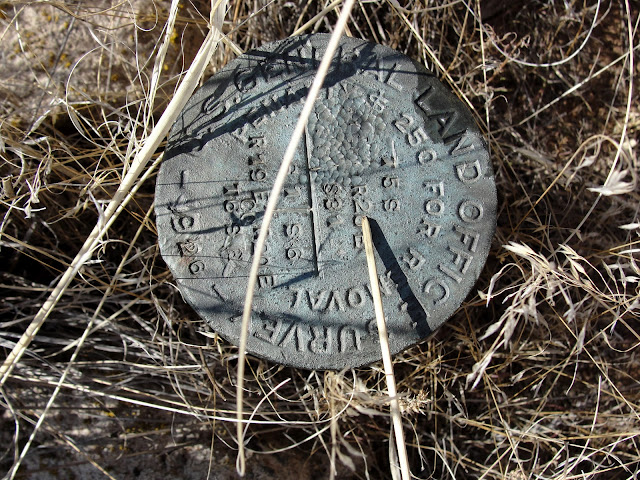 But apparently it indicate that a survey marker is nearby.  This could be the work of our friend Yogi, who admits to piling rocks over benchmarks in his highly rebellious youth! 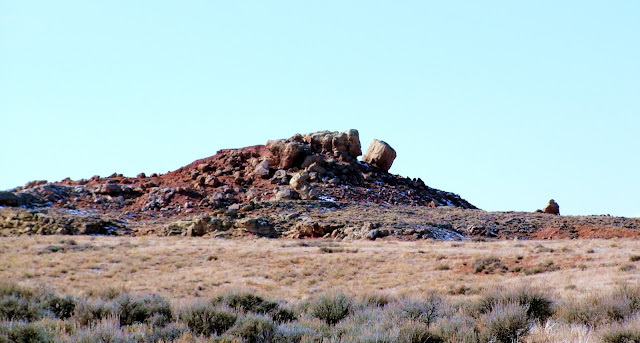 This rock formation appears to be falling in slow-mo. 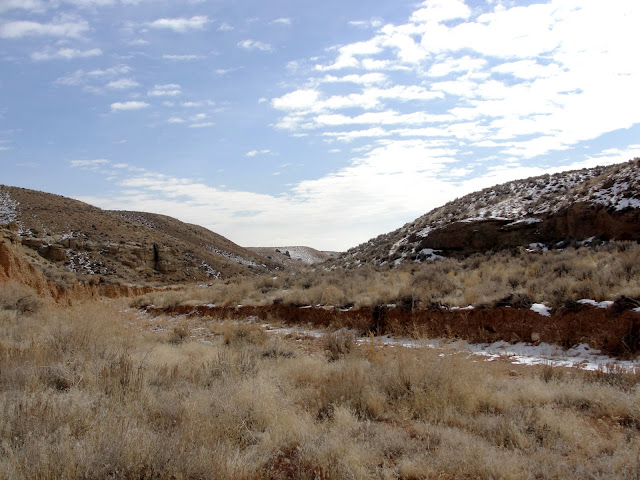 We ride down the hollow, 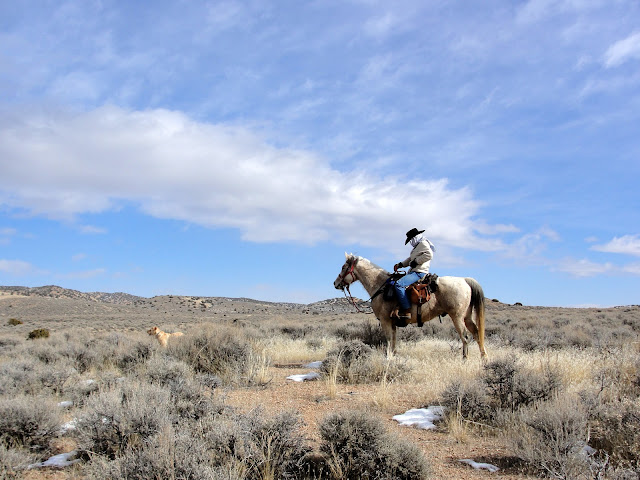 and sometimes on the mesa tops.  This BLM tract is huge.  We still have a lot to explore.
Posted by Janie at Friday, February 10, 2012