Roadless in the Books 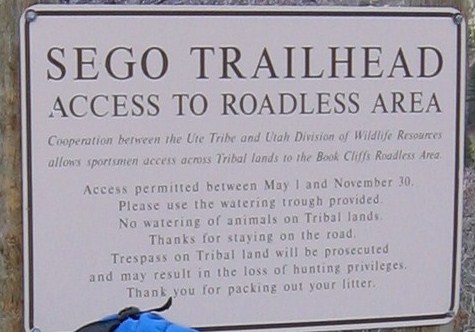 The roadless area of the Book Cliffs encompasses about 100 square miles.  Sego is one of only a few trailheads leading into this vast wilderness.
In the early 90's, with the mission of promoting wildlife habitat in the Book Cliffs, The Nature Conservancy and the Rocky Mountain Elk Foundation bought a chunk of land from four ranches that controlled the water sources and the BLM leases for this area (the east Tavaputs Plateau).  Those two groups then transferred ownership to the Utah Division of Wildlife Resources (UDWR), with certain requirements that natural habitat be maintained.
Thus, this land is now protected from development.  Only hunters and the occasional hiker or horseback rider venture into it. Keeping the area roadless was controversial at first, but now hunting permits for the area are highly prized. No vehicles means more and healthier game, as it turns out. Duh. That doesn't seem so surprising, really. 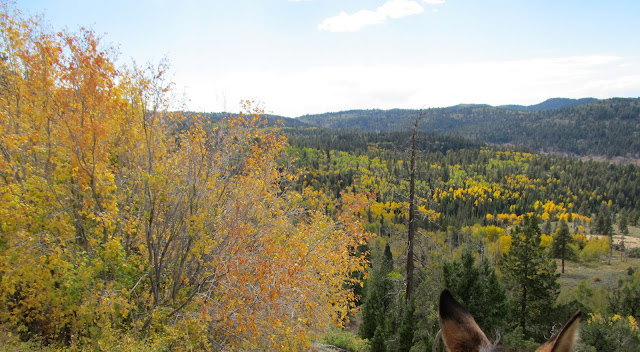 Here is the view from the sandy trail (once a road) that travels along the top of Went Ridge, the first 1.5 miles of which travels through Ute Tribal Land.  After that, both sides of the ridge belong to the UDWR.  We rode a game trail that leads west into the west Willow Creek drainage.  On the way down, we heard a bull elk bugle and caught a glimpse of his huge rack, just before he and his herd of elk cows melted into the aspen. 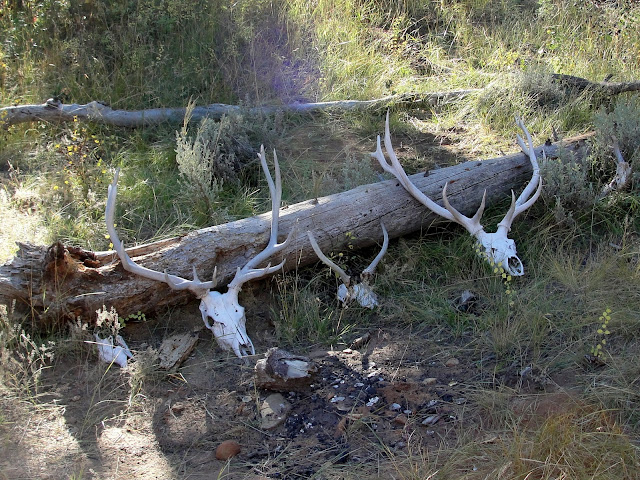 At the bottom of the hill, we went right past an old camp with evidence that hunters had found some big game. 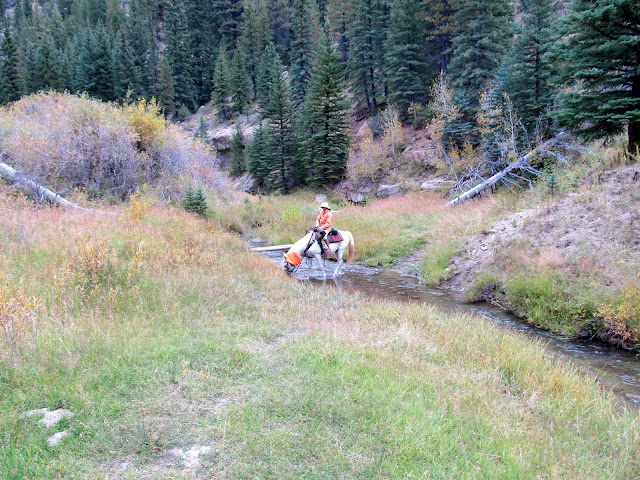 The horses and Daisy enjoyed the water in Willow Creek. 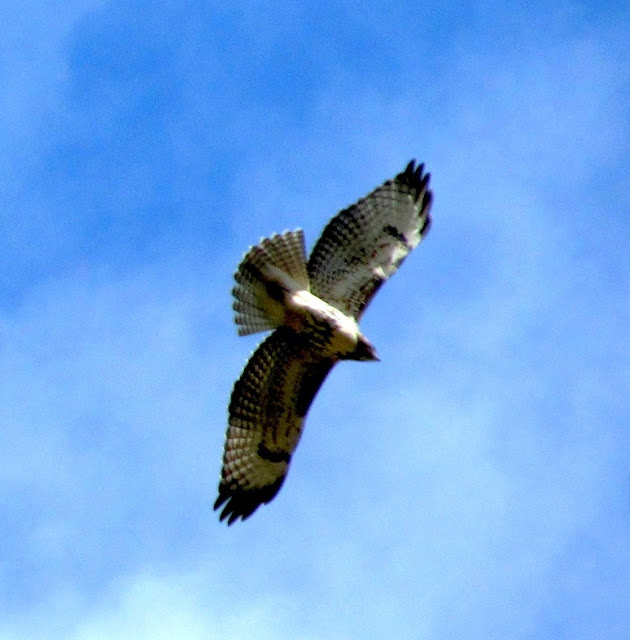 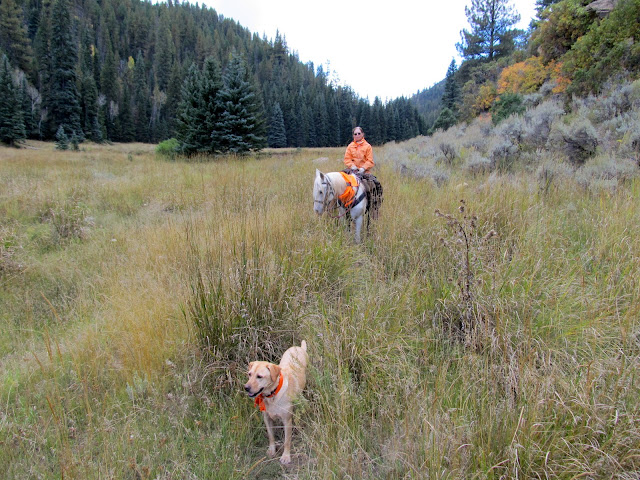 Grass was chest high on Mischief in many places.  Daisy sometimes disappeared completely. 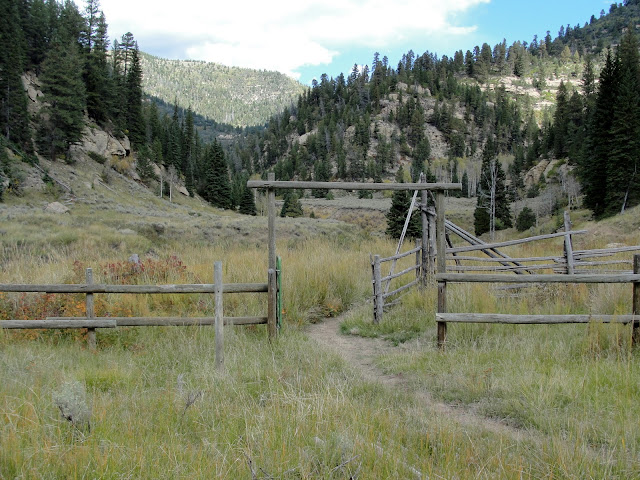 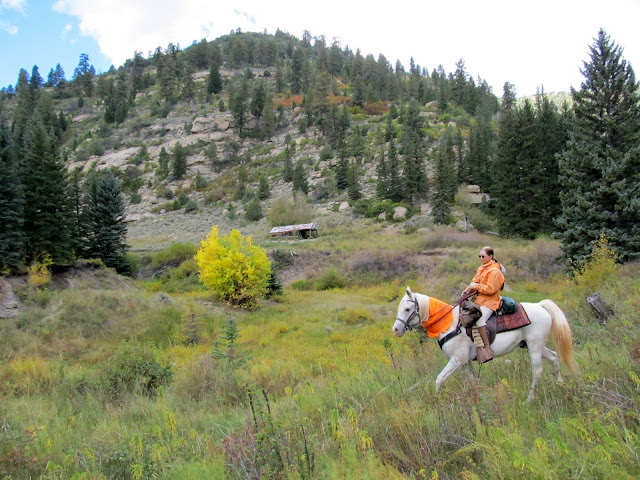 About 9 miles from the trailhead, we came across the old cabin you can see in the distance.  We went closer to explore, but those photos will have to wait for my next post.
Posted by Janie at Wednesday, September 28, 2011