The original plan for Day 3 was to ride across the lower end of Horseshoe Canyon (outside the national park) and over to Cowboy Cave, described here. 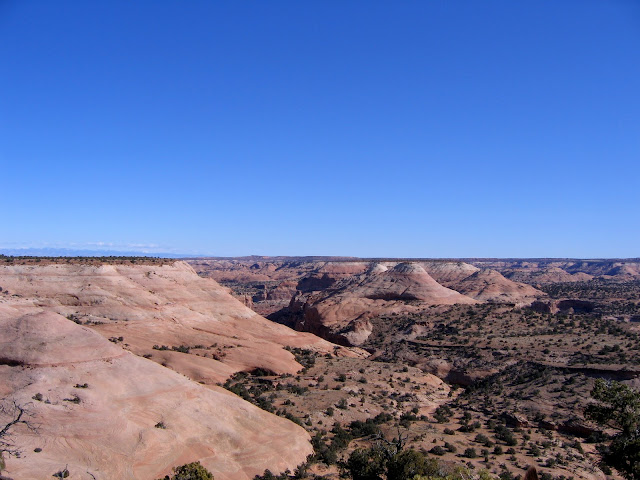 However, as anyone knows, the best laid plans of mice and men sometimes go awry, especially in canyon country.  The photo above may give a hint of the topography of the 750 foot drop into the canyon. Topo maps and even Google Earth don't really tell the whole story on cliffs.  Steve's planned route turned out to be all slickrock (Navajo standstone), and just too steep for a safe descent on horseback.  Actually, I'm not sure I would have been willing to do it on foot. 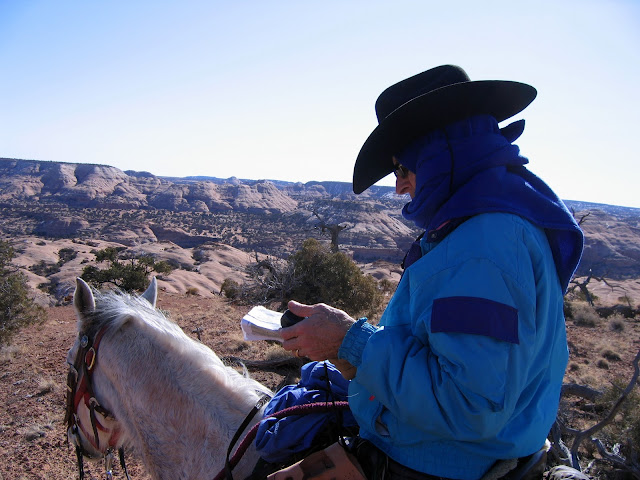 Steve studied the map and GPS, trying to come up with an alternative.  (Note his snazzy shemagh.  These are worn by Arabs and Kurds, who've been living with desert winds, sun and sand for centuries.  Steve read some books about the desert people and decided he needed his own shemagh.  Next time, I want one!) We rode along the rim for a ways, but we didn't find a route across the canyon. 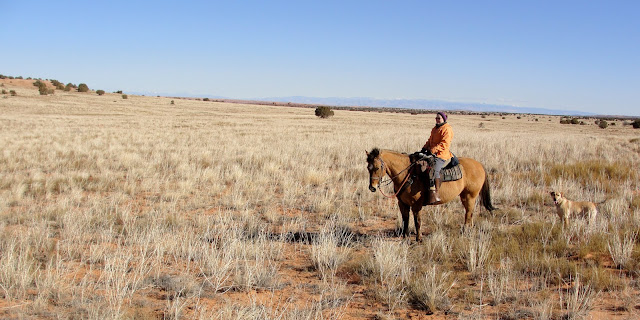 On to Plan B. On the ride from our campsite, we had noticed an old road going up a meadow called Goat Park.  It turned out to provide some great riding. (I know I look like I gained about 50 pounds over the winter, but that's the burly down vest's fault.) 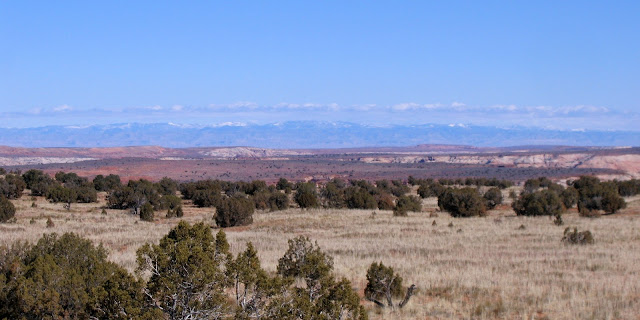 We had views all the way to the Book Cliffs to the north, at least 60 miles away. 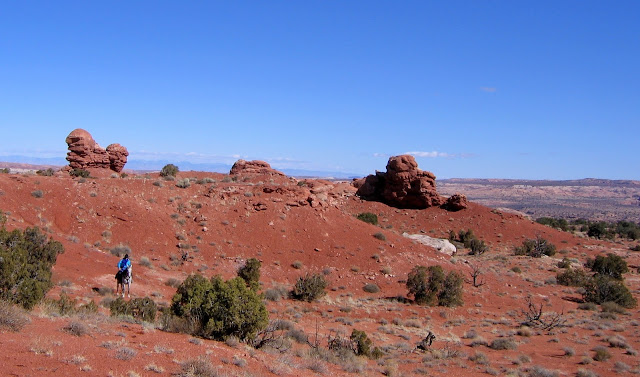 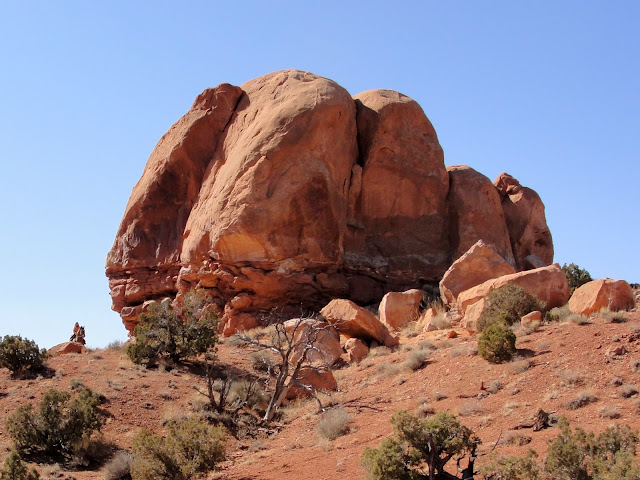 This monolith protruded out of the earth from the top of a little hill.  It dwarfed man and beast. 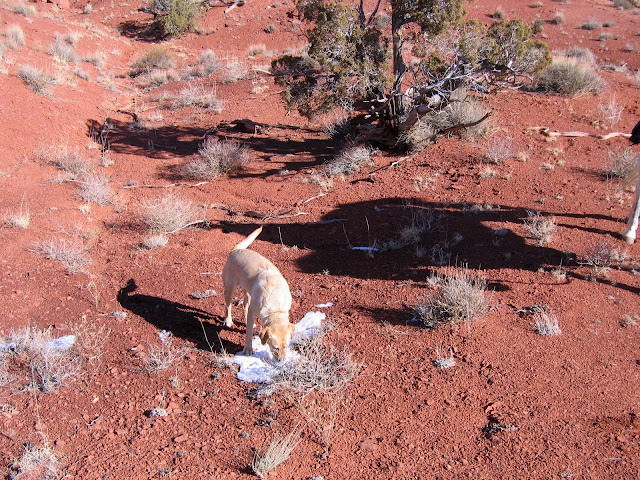 We found very little water, but a few patches of snow sustained Daisy.  We also had extra water to give her if necessary.  We found sandstone pocket water for the horses, but they weren't willing to drink much. 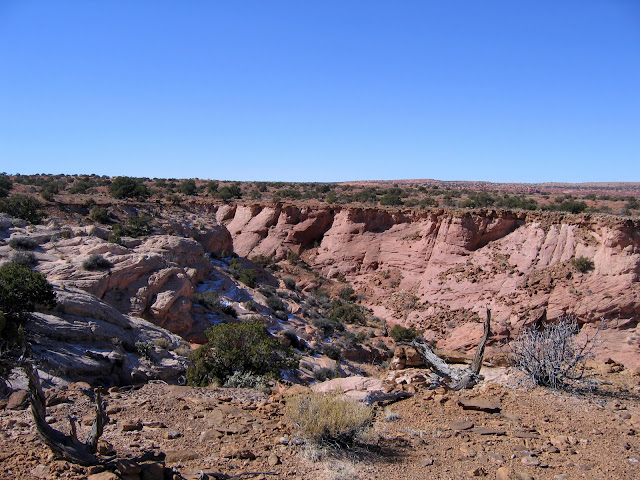 Our lunch break was overlooking Blue John Canyon. Some of you may have heard the story of a hiker who was trapped by a boulder in a slot canyon and had to cut off his own arm with a pocket knife to save himself. A movie "127 Hours" was made about the incident that happened a few miles down this very canyon.
Posted by Janie at Monday, February 28, 2011