We recently went to Seattle to meet our newest grandbaby. 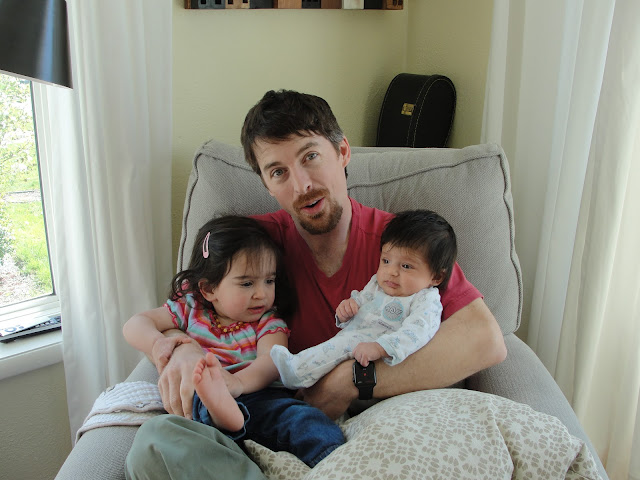 Our son seems to fully enjoy his busy dad time, with one 22 month toddler, and the other baby only 2 months. 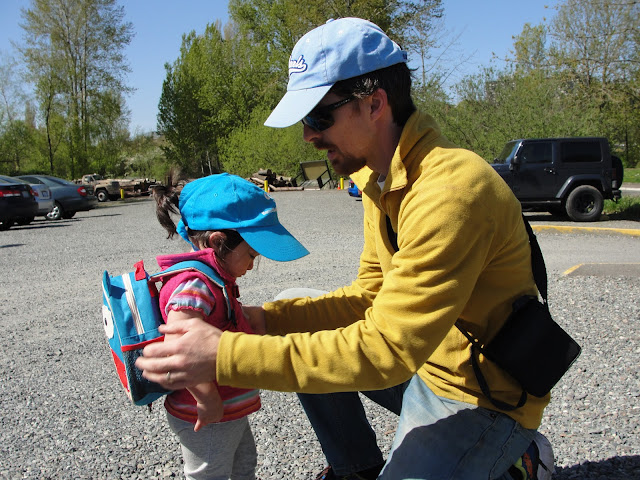 We went on several hikes.  It's good to start the kids early! 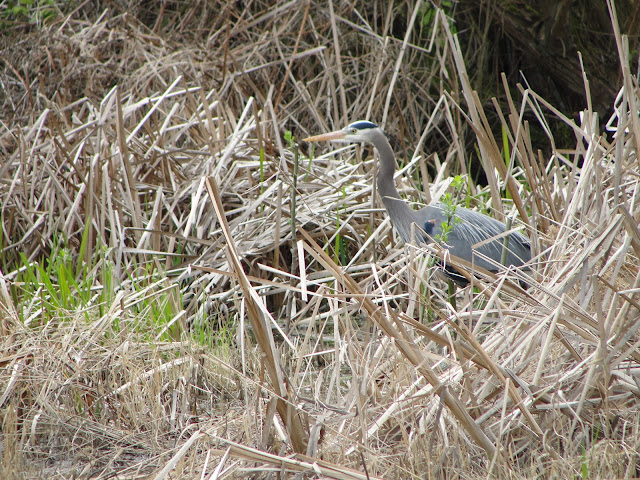 While touring around Union Bay Natural Area, a heron hid in tall grass near a pond.

A kildeer did her best to distract us from her nest, flopping around on the ground as if injured to attract our attention. 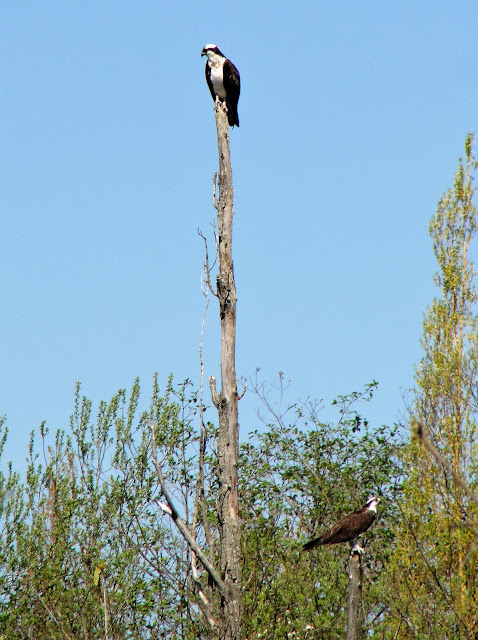 An osprey pair had not yet built their nest, but we spotted them roosting in the trees. 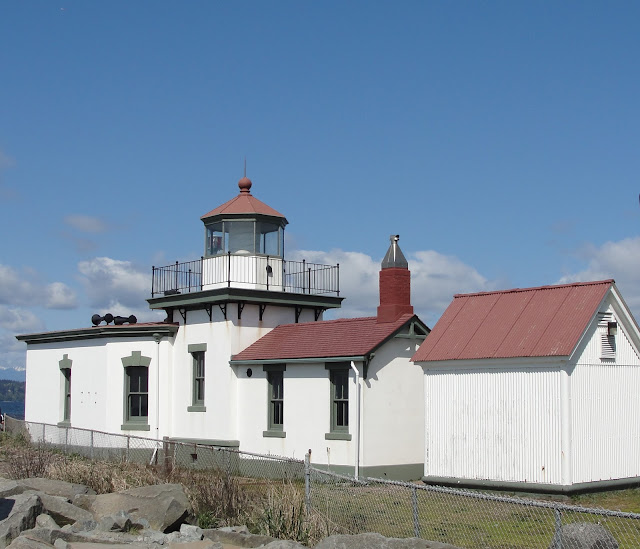 Another day, we visited Discovery Park. We hiked along the shore of Puget Sound and saw lots of shore birds and the West Point Lighthouse, shown above.  It began operating in 1881, the first manned lighthouse on Puget Sound. Its alternating red and white flashing signal was first operated by a kerosene lamp.  It was attached to the Seattle electric grid in 1926, and became automated in 1985.  The white flash is visible for 15 nautical miles, and the red flash is visible for 13 nautical miles.  It is fenced off and apparently not open to visitor tours.
There were some huge yachts traveling through the Sound.  We speculated on which Seattle billionaire might own each of them.
Posted by Janie at Tuesday, May 08, 2018