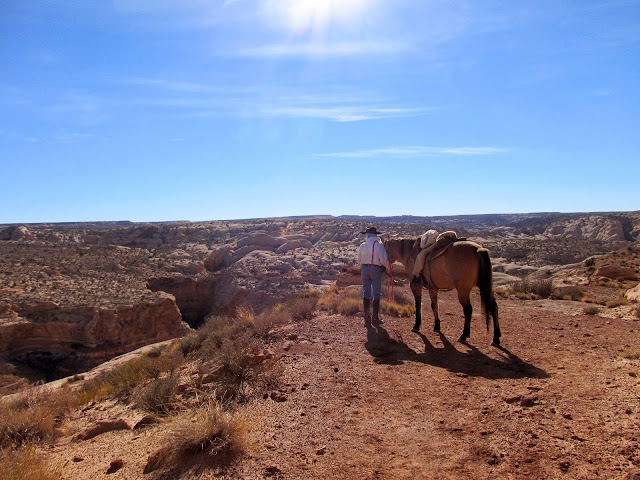 A trip to the canyon country on the West side of the Green River is not complete without a ride into the Horseshoe Canyon Unit of Canyonlands National Park.  Above, Steve and Boss pause at an overlook into the canyon. 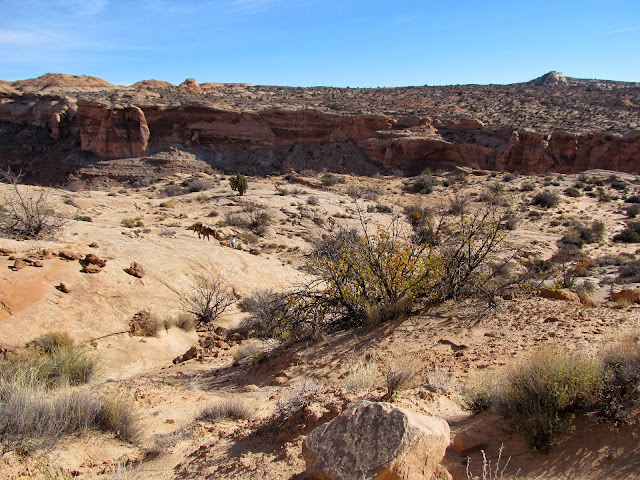 The trail was originally built in 1929 by local cowboys with sticks of  dynamite and a paycheck from Phillips Petroleum.  The oil company wanted the "road" so they could bring in supplies to drill a well on the other side of the canyon.  The well was a dry hole, but the "road", or what's left of it, remains.  You can see Steve leading Boss down a steep stretch of sandstone in the middle of the above photo. 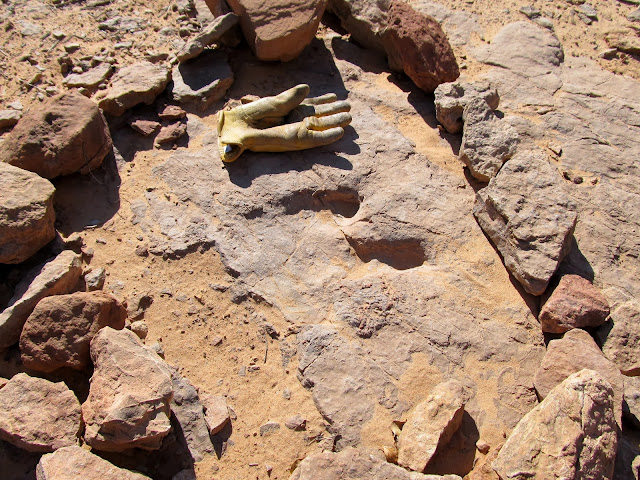 In 2 places, we found dinosaur tracks that had been helpfully marked by the rangers with rock circles.  There are 3 toes, but the third is below the 2 deep ones, and not weathered out enough to be visible in a photo. 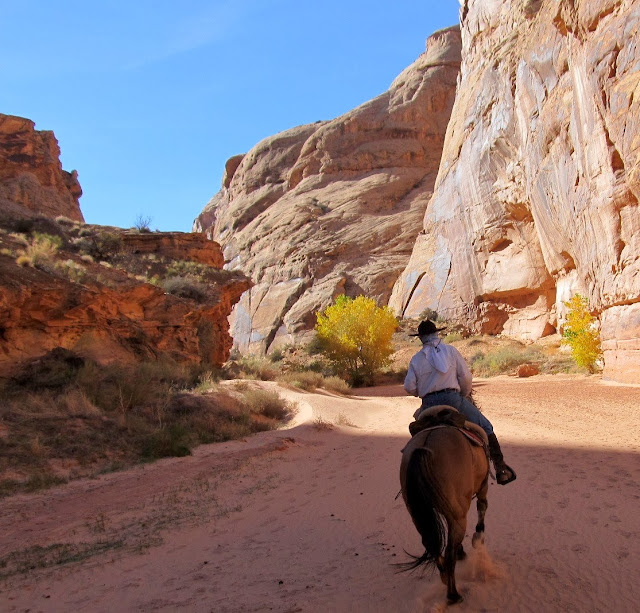 Once in the canyon, we follow the sandy stream bed, surrounded by Navajo sandstone cliffs (mid-Jurassic, 150 to 200 million years old, according to the Canyonlands National Park website.) 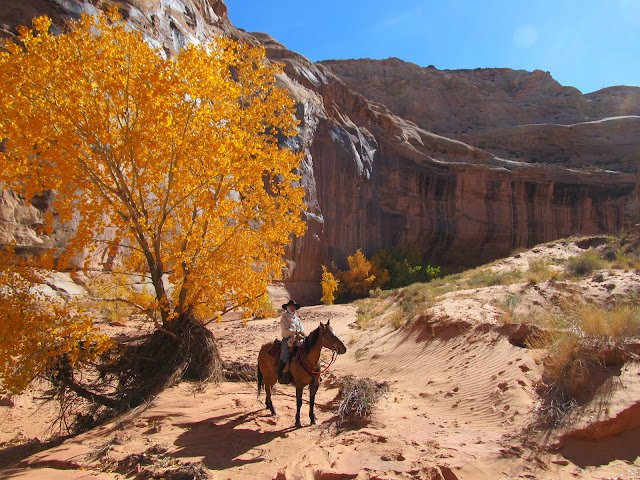 We are a little late for the autumn colors, but some cottonwood trees are still wearing gold leaves.

Tourists go to the canyon to see the Great Gallery, known for its Barrier style rock art (named after Barrier Creek, which is represented this time of year by a few pools in Horseshoe Canyon).  Native Americans lived and created their art masterpieces here about 3000 years ago.   The Great Gallery figures loom above the canyon floor.  Some of the human figures are larger than life.
This panel is the best known, but many other pictographs can be found in the canyon: 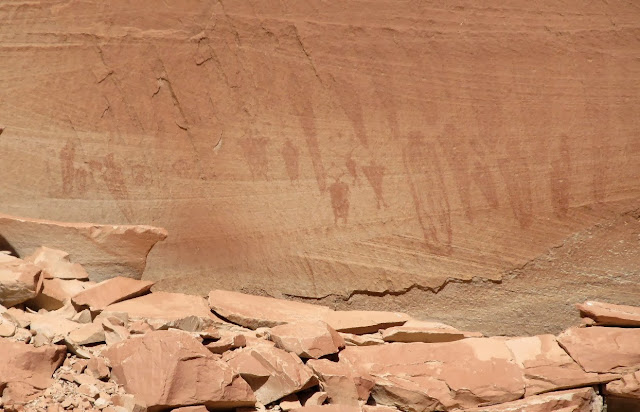 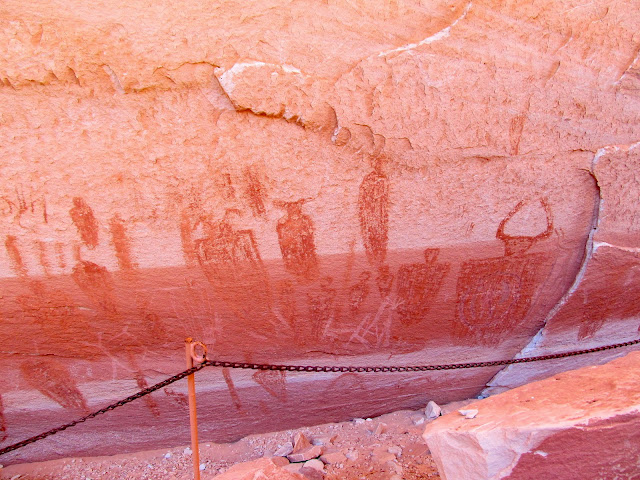 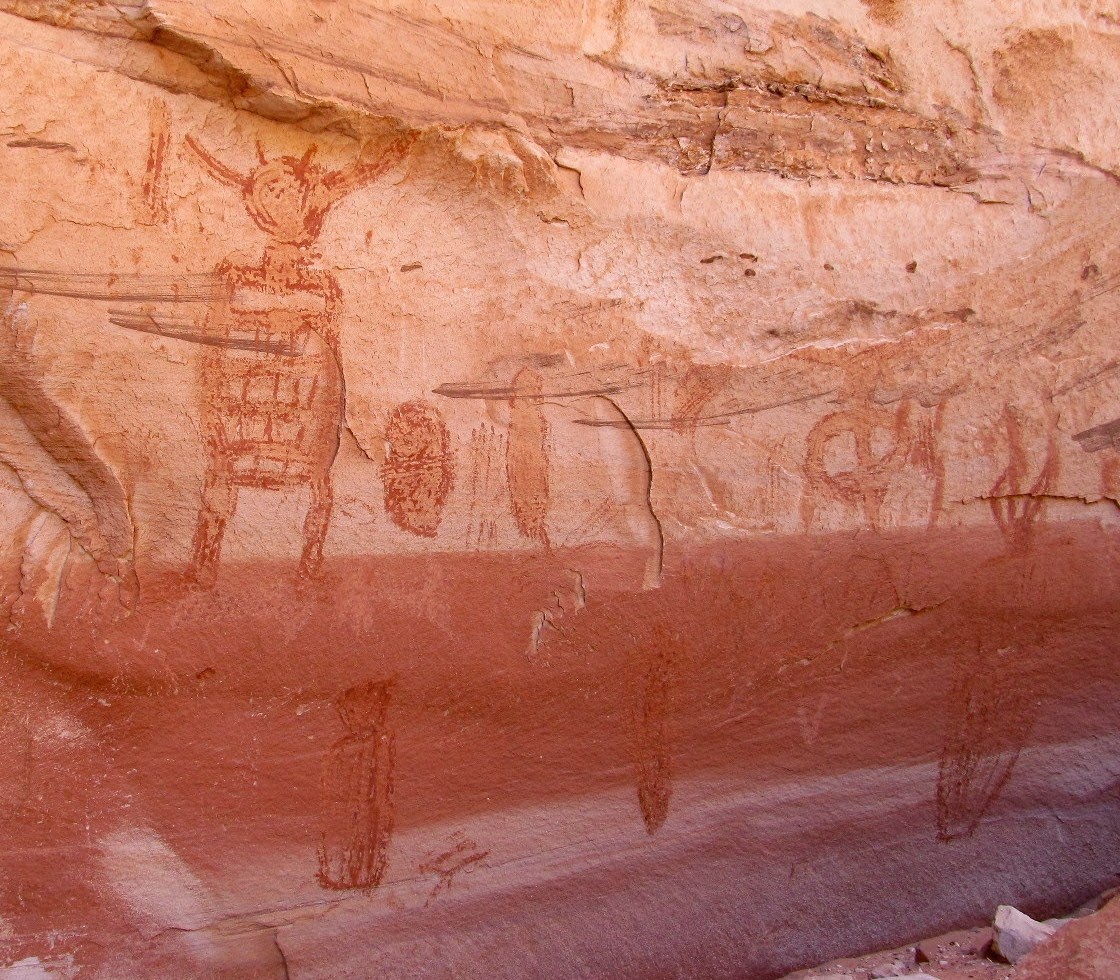 The above figure looks a bit like a martian to me. 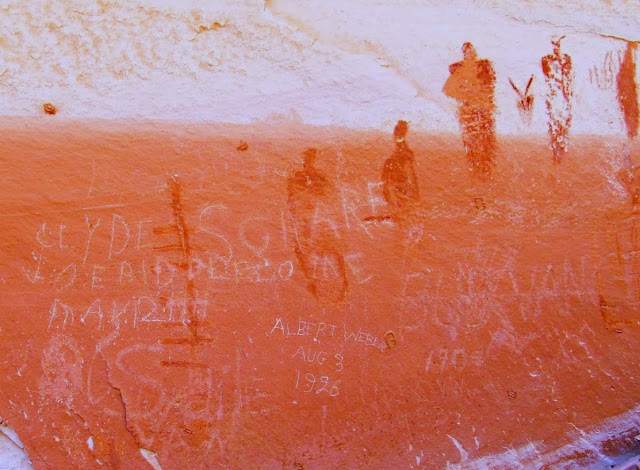 Humans have a need to put their mark everywhere, even where it may not belong.  One of the names above is Joe Biddlecome, dated 1911.  Joe was one of the first ranchers in the area.  Probably he had no clue that he was scratching over irreplaceable 3000 year old art. 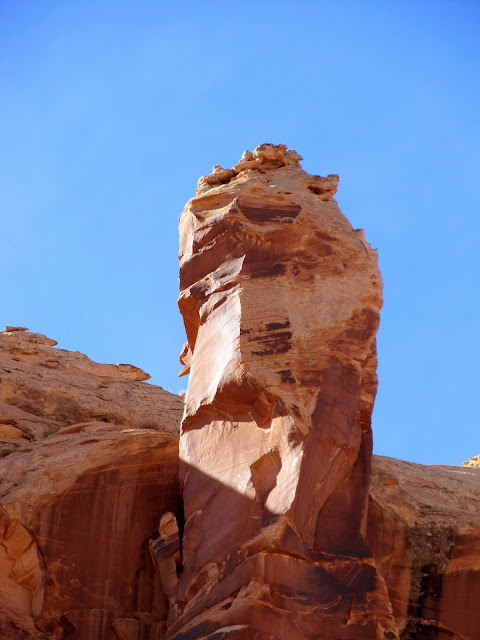 The majesty of steep canyon walls surround us.   Do you see any familiar feature in this rock tower?
The topmost portion reminds me of a cat's head, complete with mouth, nose and ears.  Steve thinks it's a desert turtle, long neck extended as it surveys the scenery.  What do you think?
Next time, I'll show you a few live critters we saw along the way.
Posted by Janie at Tuesday, November 12, 2013