Summer in the City

For a switch from our usual rural views, we made a quick trip to New Orleans last week.  St. Louis Cathedral, pictured above, is in the heart of the French Quarter.  The statue is of Andrew Jackson, U.S. General in the Battle of New Orleans, January, 1815, where we whipped the British soundly with the help of Jean Lafitte and his pirate crew.  Unfortunately, the battle took place after the peace treaty had already been signed.  Communication was way too slow in those days. 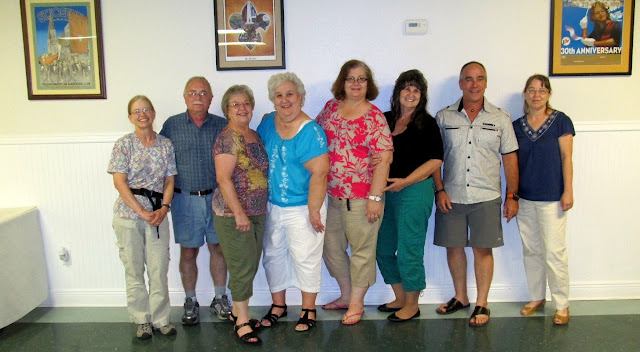 The purported purpose of the trip was a reunion with my siblings and some cousins we had not seen in 40 something years.  Here we are in a restaurant in the 9th ward.  The restaurant was buillt by a well-known local Mafia boss and is still owned by his family.
We had fun visiting, laughing and walking the streets.  My sister likens our group to seaweed, drifting around with no apparent purpose, moved by the tides. 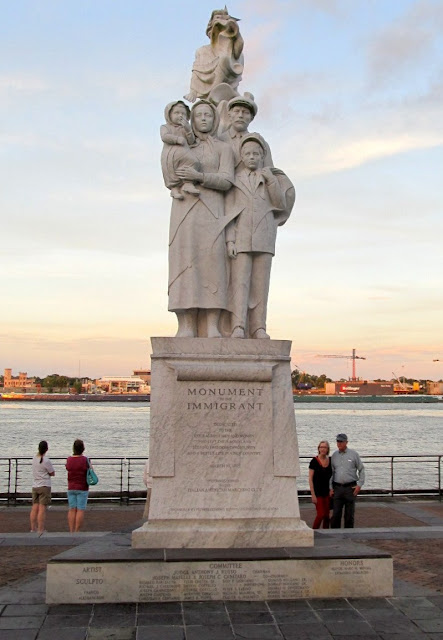 This statue on the riverfront is a memorial to Italian immigrants.  My Italian ancestors arrived in New Orleans in the 1860's.  The German side arrived in the 1830's.  Descendants of both groups still live in the New Orleans area. 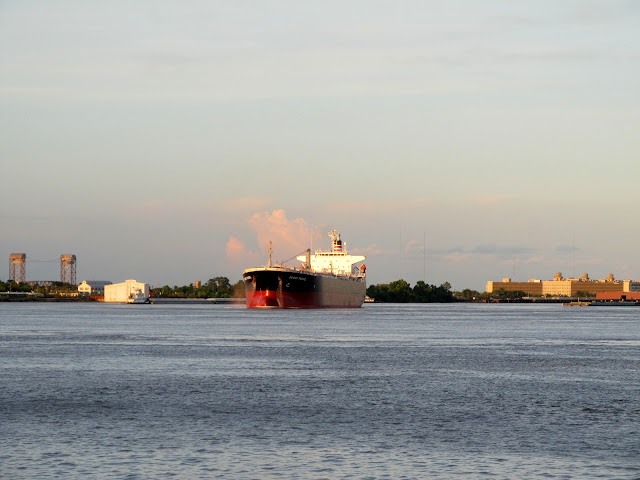 We took a trip downriver on the steamboat Natchez, where we passed the Chalmette battlefield (Battle of New Orleans, 1815) and viewed a lot of big freighters and tugboats traveling the Mississippi. 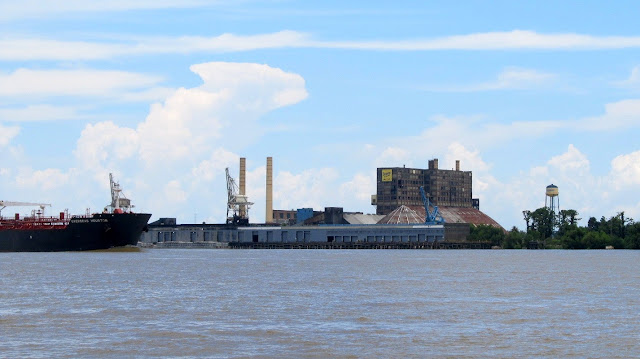 Here's the riverside view of Domino sugar refinery (second largest in the world, built in 1909 and still in operation, although I trust they're not operating out of the ancient building with the broken windows!)  The scent of brown sugar wafted in the air near the building.  Sugar cane is a big crop in Louisiana, making a refinery on the Mississippi riverfront a natural for receiving raw product and transporting the finished goods. 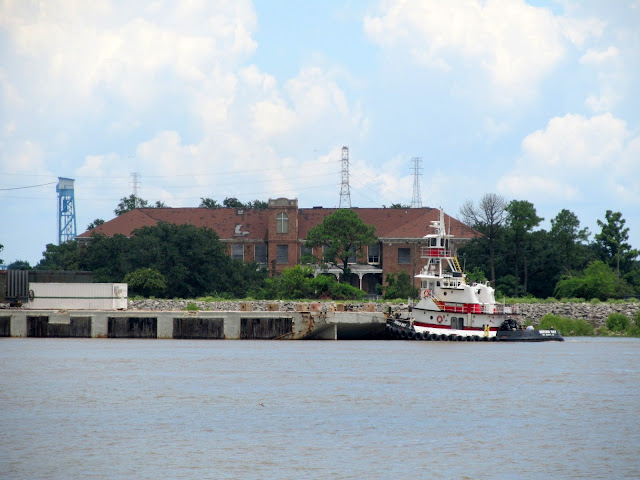 This building intrigued me.  Turns out it's the Holy Cross School, built on a former plantation in the 1880's.  The school was in operation until Katrina, after which it moved to a new location.  Plans are still in the works for rehabbing the old structure. 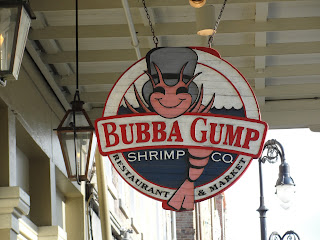 We meandered through the French Quarter, stopping for beignets at Cafe du Monde, consuming some tasty seafood and cruising down Bourbon Street.

Good old American Airlines cancelled our flight home and rescheduled our departure for a day and a half later.  After an hour or so on hold on the phone, we were able to re-book for a more reasonable schedule.  We heard various claims for why the flight wascancelled. Weather. Mechanical.  Unable to specify.
It wasn't weather.  The flight we actually took left less than an hour earlier than originally scheduled and didn't encounter any weather at all.  The cancelled flight was probably underbooked.  Gotta keep those CEO salaries up.  To Hades with the customers.
No problem.  We won't be American Airline customers ever again. 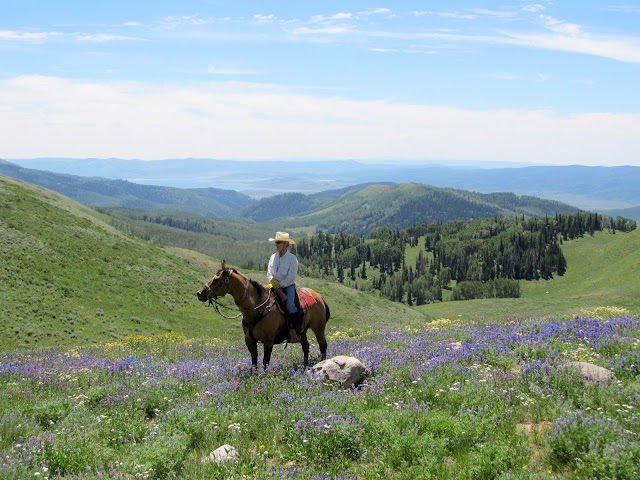 Home again and back in the saddle.  Summer in the city is good for reunions and sightseeing, but our favorite summer days are spent in the mountains, soaking up blue sky and wildflowers.
Posted by Janie at Thursday, July 25, 2013