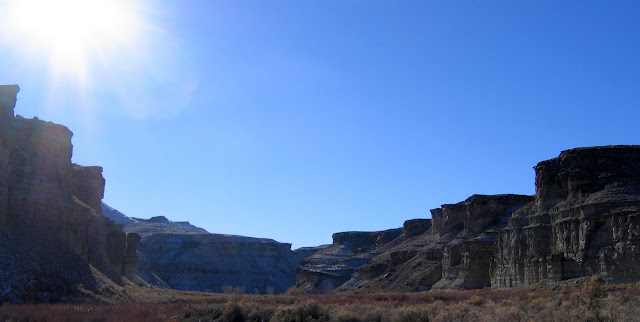 Today, Nine Mile Canyon is famous for its many impressive panels of ancient rock art, but in the 1880's, the canyon was best known for being on the supply route from the Price, Utah train station to the Uinta Basin (by way of Gate Canyon).
Although Native American trails undoubtedly existed in the canyon for at least 1000 years, the army built the first formal wagon road to bring supplies to Fort Duchesne, a military installation opened in 1886 to "control" the Utes who had recently been moved to a reservation in the Uinta Basin area.
The ghost of a military presence remains in this old structure with the US Army sign still hanging at the entrance: 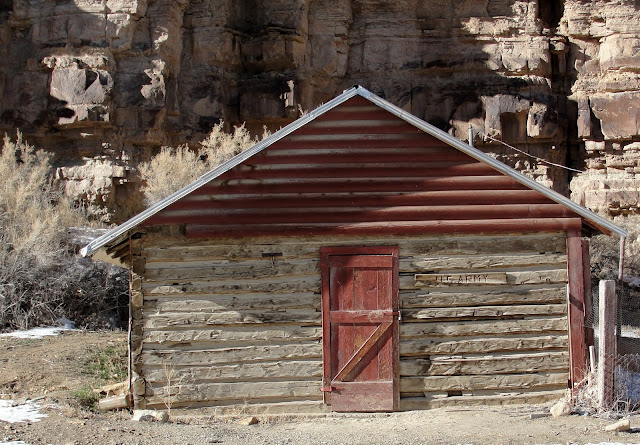 Beside it is a building that housed a telegraph office, first open for business beginning in 1887: 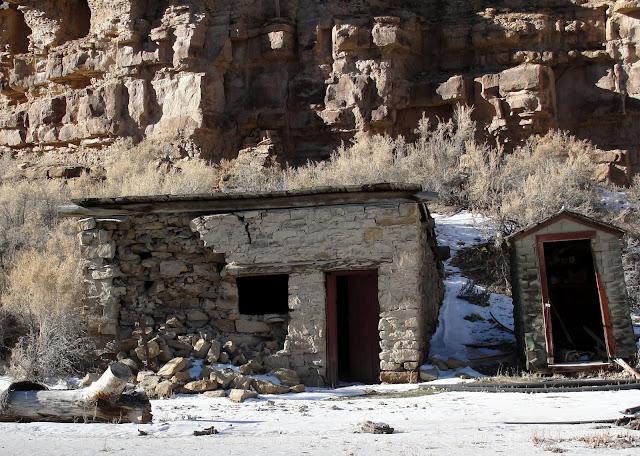 A stagecoach traveled through the canyon on a twice weekly, and later a daily route.  Here's a photo of an old saloon/watering hole that still stands: 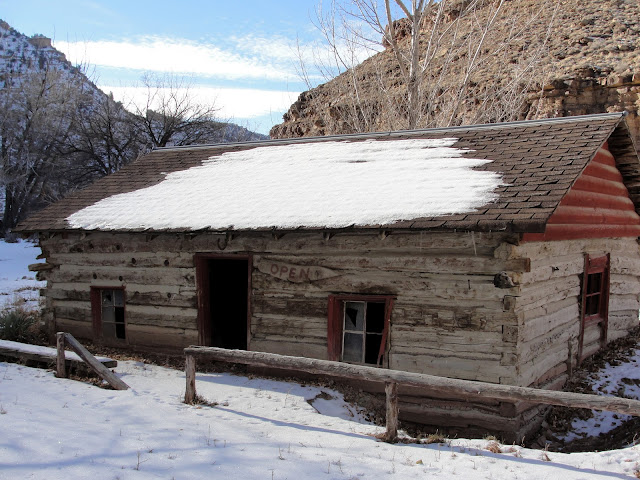 There is no door, so perhaps the "open" sign was redundant.  One can imagine thirsty stagecoach travelers and freight wagon drivers stopping by for a drink.
An old lodging house leans drunkenly next door, 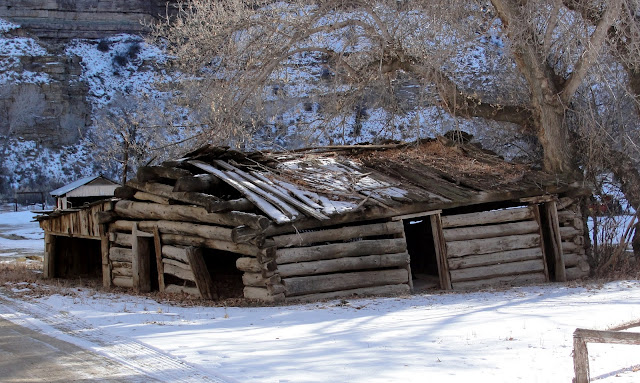 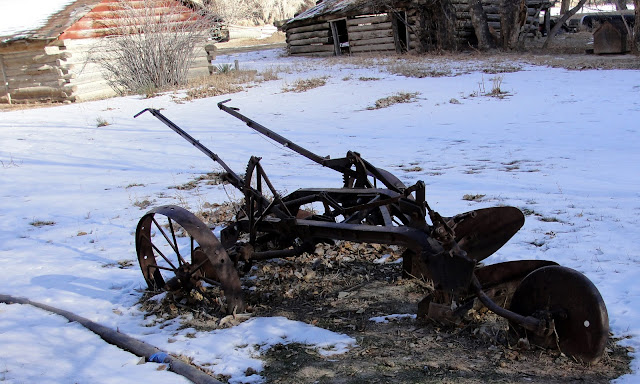 The old saloon and lodging house were built on the William Brock Ranch. Brock was one of the first ranchers to settle in Nine Mile, but his ranching days ended when he killed a man and had to hotfoot it out of the country.  A man named Pete Francis took over the saloon, but he didn't last long, either.  He was killed in a brawl in his own saloon.  In 1902, Francis's widow sold the property to Preston Nutter, who made the Nine Mile Canyon ranch his home as well as the headquarters for his extensive cattle operations all over Utah, Colorado, and Arizona.
Here's a photo of Preston Nutter (on the right, riding a mule): You can read more about him here: http://historytogo.utah.gov/utah_chapters/pioneers_and_cowboys/presonnuttermadeutahhomeofhiscattlekingdom.html
The ranch remained in the Nutter family until the '60's and is still known as the Preston Nutter Ranch.
Stories abound of outlaws such as Butch Cassidy traveling through Nine Mile Canyon on their way from Robber's Roost in southern Utah, to Brown's Park, a favorite outlaw hangout in NE Utah near the borders of Wyoming and Colorado.
So, in addition to viewing great Fremont/Anasazi rock art, you can revisit the old wild west during your trip to Nine Mile Canyon.
Posted by Janie at Friday, December 03, 2010